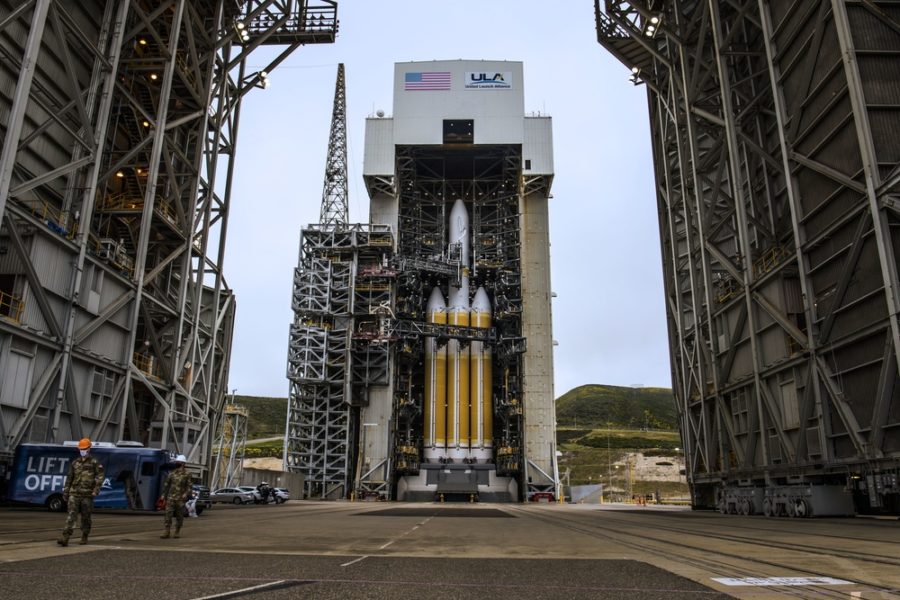 COLORADO SPRINGS, Colo.—The National Reconnaissance Office is further integrating with the Space Force and U.S. Space Command while also innovating faster to keep up with the threat posed by adversaries in space, NRO leaders said at the Space Symposium.

“We are taking a fresh look at the philosophy,” said Space Force Col. Chad Davis, NRO director of the Office of Space Launch, in an interview with Air Force Magazine. Davis, who has spent 10 of his 26 years in service detailed to the NRO, said recent actions by China and Russia are pushing the NRO to pick up its game. “That’s driven by the environment that we’re seeing in space today,” he said. “The threat demands it, the environment demands it, and the organization is stepping up to respond.”

Davis said even for such a flat, innovative organization, cradle-to-grave satellite design and launch for intelligence collection is evolving faster.

“I’ve been around the organization for a long time. I’m seeing even a fresh look on that, and for a very innovative, agile organization, we’re taking it to the next level,” he said.

“Let’s clear up the way we work with Space Force and SPACECOM,” he said. “Since the stand-up of Space Force and Space Command two years ago, we have been working as intimately as you can imagine: on operations, on capability development, and most importantly, on the road ahead.”

Scolese said he, Raymond, and Dickinson recently agreed to a Protect and Defend Strategic Framework covering national security in space and the relationship between DOD and the intelligence community on everything from acquisition to operations.

“What China and Russia have already shown is that space is now a race,” Scolese said. “It’s a competition. It’s a fight. And if we’re not careful, it’s going to become a knock-down, drag-out brawl.”

Scolese said China is investing money, manpower, and research in counterspace capabilities. “China is showing an unquenchable drive to get ahead of us and take what’s been our operational and intelligence advantage since JFK was in office,” he said. “How we fend off this competition and where we go from here largely depends on how much we accelerate our development and how much we’re able to improve the capabilities we already have in space.”

Scolese said the NRO put 12 payloads into orbit on six launches in 2020, a record pace.

“[But] to keep pace in this power competition, we have to do even more,” he said. NRO has 24 projects in the pipeline, including architectural changes to improve resiliency. The NRO program “Architecture After Next” will include large and small constellations across multiple orbits, he said.

Davis has been managing the launches.

While the space launch director declined to describe the size of the payloads NRO is launching, he said the industry has ramped up its capacity for small payloads and that NRO has scheduled Delta IV Heavy class rockets.

“There’s really a very coupled interaction between the Space Force and the NRO,” he said.

One major difference, he said, between launching DOD satellites and NRO satellites is the streamlined command structure.

“Because we’re a member of the intelligence community, we are subject to a different authority set than strictly a DOD agency,” he said. “We can be, because of that, a little more agile.”

As the director of the office of space launch, Davis need only pick up the phone and call the NRO director to solve a problem.

“If I run into a roadblock that’s above my level to fix, I’ve got a direct line to him. So, he can engage on that very rapidly,” Davis said. “There’s a team of folks who are working tirelessly to execute our launch mission and put critical intelligence capabilities in orbit to keep them safe.”