No Warm and Fuzzy From Senators on More BRAC 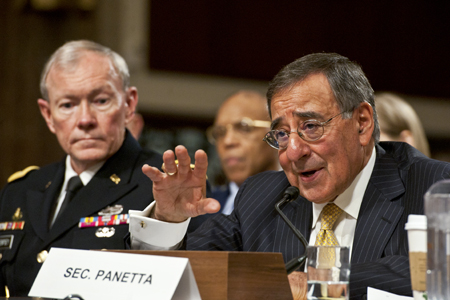 of the Senate Armed Services Committee on Tuesday raised concerns to the Pentagon leadership over the Obama Administration’s proposal for two new BRAC rounds in 2013 and 2015. “Finding further reductions in consolidations in our overseas force posture should be our first priority before another BRAC round,” said Sen. Carl Levin (D-Mich.), Senate Armed Services Committee chairman, during the oversight hearing on DOD’s Fiscal 2013 budget request. “I have serious questions whether we save any money from a BRAC process,” added Sen. Kelly Ayotte (R-N.H.). Sen. James Inhofe (R-Okla.) said he’d oppose more BRAC since the US military is being reduced “to an unacceptable level.” Defense Secretary Leon Panetta said he understood the lawmakers’ concerns as a former Congressman whose district had to absorb a base closure. “I recognize how controversial this process is for members and for constituencies. And yet it is the only effective way to achieve needed infrastructure savings,” he said. Sen. Lindsey Graham (R-S.C.) was one voice expressing favor for consolidation, saying “it’s appropriate to consider another round.” (Panetta prepared remarks) (Dempsey written statement)