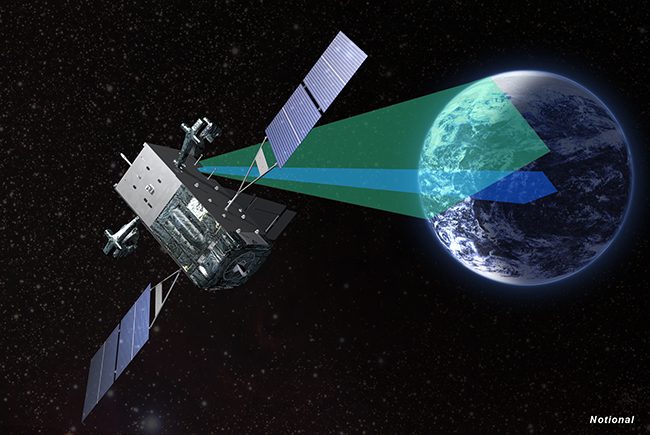 Northrop Grumman on May 18 won a contract worth up to $2.4 billion to supply two polar orbit satellites that are part of the next generation of missile warning systems.

“This modification adds phase one for design/development, critical path flight hardware procurement, and risk-reduction efforts leading to a critical design review to the basic contract,” the Defense Department said in a contract announcement.

Phase one development work will run through the end of 2025, and another contract that will fund production, testing, and launch is due out in fiscal 2022. The Space Force wants the first polar satellite in fiscal 2027 and all five initial satellites ready for operations in 2029.

The new Overhead Persistent Infrared constellation includes two satellites in polar orbit and three in geosynchronous Earth orbit as part of Block 0. Lockheed Martin is on contract to develop the GEO satellites. The Space Force plans to take competitive bids for additional batches of satellites to replace the Space-Based Infrared System.

Air Force officials have tried to speed along the program by asking Congress to shift hundreds of millions of dollars at a time to backfill the OPIR account. The department wants $2.3 billion for OPIR development in fiscal 2021 alone.

The research and development program is slated to cost $14.5 billion from 2020 through 2025. Budget documents show the total price tag is still in flux.