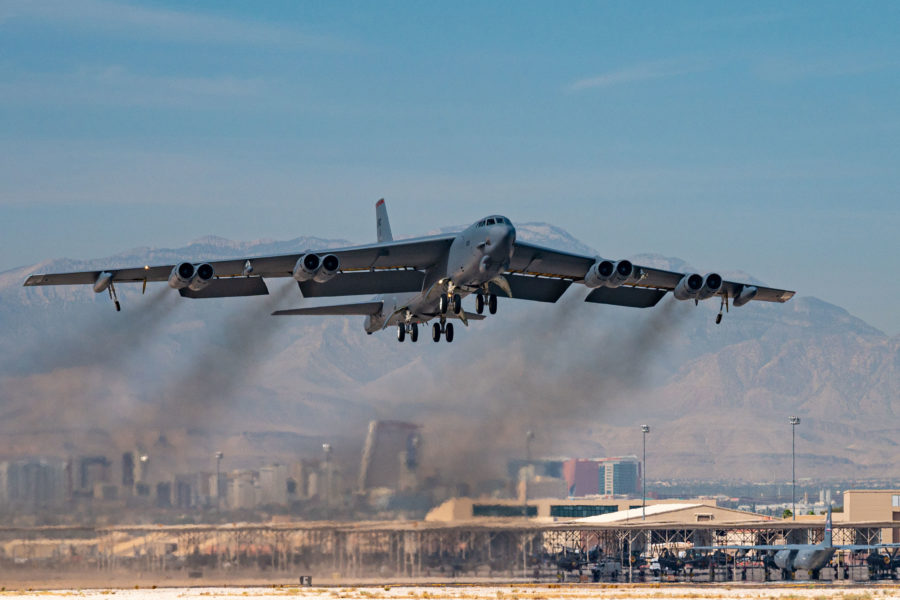 No Protests in B-52 Re-Engining Award to Rolls-Royce

The deadline for lodging protests against the selection of Rolls-Royce North America to provide new engines for the Air Force’s fleet of B-52s has passed, and none have been lodged on the Government Accountability Office’s docket.

“The deadline passed at [close of business] Monday, Oct. 25,” an Air Force source said. The companies had 10 days after receiving a debrief on why they were not selected to make it known if they planned to protest, and that has not happened.

Rolls-Royce won the B-52 Commercial Engine Replacement Program, or CERP. The contract, announced Sept. 24, is worth $2.6 billion if all options are exercised. The company will build 650 of its F130 powerplants, now flying on the C-37 transport and E-11 Battlefield Airborne Communications Node aircraft, for installation on all 76 B-52Hs, each of which will receive eight engines.

Neither GE Aviation nor Pratt & Whitney, which were not selected for the contract, were immediately able to comment about potential protests. The Air Force said it received four proposals for the CERP program; as a matter of policy, it does not reveal who submitted those proposals. Pratt and GE had both publicly touted their response to the request for proposals.

Although a protest is the typical remedy when a company believes it was unfairly treated in a source selection, companies can also take action through the U.S. Court of Federal Claims, an avenue which may still be open to a non-selected competitor.

Rolls’ proposal was substantially lower than the Air Force’s own estimates of what the CERP would cost. Early in the program, the service estimated it might cost $10 billion. Rolls’ contract also calls for spare engines, support gear, commercial engineering data, and sustainment activities. A timetable for the installs has not yet been set.

The CERP program has been underway since 2018 and is one of the first to be an “e-Series” program, conducted in a paperless, digital fashion. The Air Force expects the new engines to deliver up to 40 percent better range than the Pratt TF33s with which the B-52s have been flying for 59 years.