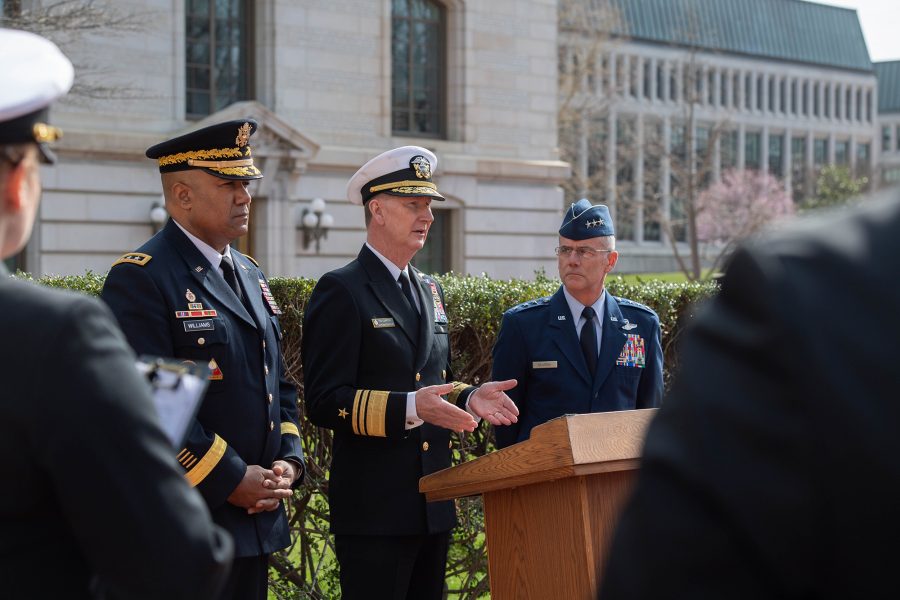 Reports of sexual assault at the Defense Department’s three military academies rose 27 percent in the 2018-2019 academic year, despite a high-level call to action to eradicate the problem, according to a new Pentagon study.

There were 149 reports of sexual assault involving a cadet or midshipman in 2018-2019, up from 117 the year before. Of those, 122 reports were made by academy students for sexual assaults that occurred during military service and eight cases where Active duty troops or civilians reported assaults involving a cadet or midshipmen currently enrolled at an academy or who was enrolled within the last four years. The Defense Department did not release details on the additional 19 cases.

“The department recognizes the challenge of combatting sexual assault in the Military Service Academies and the high cost of not succeeding,” said Elizabeth Van Winkle, executive director of the Office of Force Resiliency, in a press release. “Our Academies produce our future leaders. At every turn, we must drive out misconduct in place of good order and discipline.”

The Defense Department assesses the prevalence of sexual assaults and misconduct at the Academies as well as the number of reports made in two ways.

The report released Jan. 30, outlines whether the academies are in compliance with Defense Department policies, and includes feedback from focus groups conducted with cadets, midshipmen, faculty, and staff.

“Focus group participants favorably acknowledged senior academy leader efforts to address sexual harassment and sexual assault. However, there was little evidence that such efforts translated into greater interest to challenge disrespectful elements of academy culture,” the report states. “Students often cannot, or will not, identify disrespectful experiences as unacceptable behavior. Participants also noted the perception that sexual harassing behaviors either lack severity or are considered ‘normal’ at the academies.”

An inspection of the U.S. Air Force Academy’s Sexual Assault Prevention and Response (SAPR) program, conducted by the USAFA Inspector General from Dec. 10, 2018 to Jan. 25, 2019, found the program “does not comply with key elements of governing directives.” It cited 14 significant deficiencies and one minor deficiency, of which two were repeat deficiencies, according to the report.

The Air Force Academy replaced all staff in its Sexual Assault Prevention and Response Office in the spring of 2018, including the Sexual Assault Response Coordinator and all full-time victim advocates, following the release of a scathing 2017 report that deemed the school’s SAPR office “derelict” in its duties.

The Academy’s SAPR office “is still suffering” from that changeover, the new report says, noting that new personnel do not understand USAFA operations and operating procedures and that inconsistent guidance has resulted in “frequent contradiction of each other’s orders.”

When the new staff came on board, they were essentially “starting from nothing because they found the office files to be missing, inaccurate, or inadequate,” USAFA Inspector General Col. Gerald Szybist wrote in the report.

Continuing care of victims was the new team’s “highest priority,” according to Szybist, who acknowledges they were able to quickly make the office operational, but the team was “over-saturated and under resourced” and too quickly diverted its attention to improving public perception. That left little time to codify processes or develop standard operating procedures, he said. A “lack of comprehensive onboarding/training … further complicated” the problems.

Lt. Gen. Jay Silveria, superintendent of the Air Force Academy, said in a statement that it’s clear the academy still has work to do. “The bottom line is that one sexual assault is too many, and a culture and climate that allows any prevalence of these harassing and assaultive behaviors is corrosive to our Academy and our military’s ability to accomplish its mission,” he wrote. “Each and every person here deserves to live, work, learn, and serve in a safe environment free from sexual harassment, sexual assault, violence, and reprisal. I will accept nothing less.”

The IG recommended that: