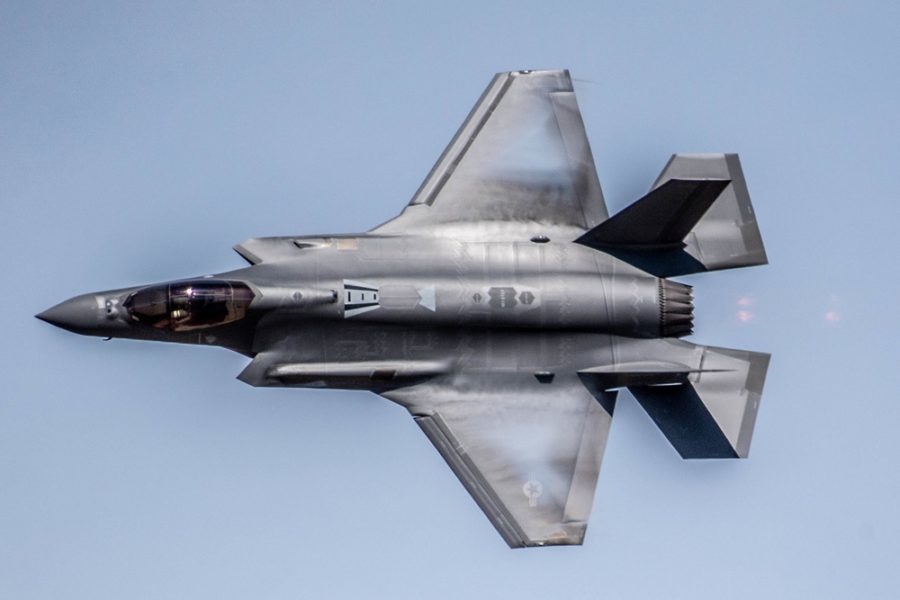 Inflation estimates and COVID-19 mitigation costs are prolonging talks between Lockheed Martin and the F-35 Joint Program Office over prices for jets in Lots 15-17, company CEO James D. Taiclet told reporters Jan. 25. He also said the government is moving toward a five-year Performance-Based Logistics contract for the fighter, versus the three-year contract previously discussed.

The Lot 15-17 contract was expected to be inked between October and November 2021, JPO Director Lt. Gen. Eric T. Fick told reporters at the time, but sources have said the agreement may not be reached until March, or later.

Acting Chief Financial Officer John Mollard told reporters negotiations continue but “it’s proven more difficult than we expected to reach agreement on a cost baseline that incorporates the impacts that we see associated with our customer ordering fewer aircraft in Lots 15-17 than were ordered in the prior buys of 12-14.” He said the parties are also “struggling to come to mutual agreement on the impacts of global challenges that Lockheed Martin and our supply chain partners are experiencing, such as inflation and COVID-19.”

“We’ll continue to use a data-driven process for as long as it takes to reach agreement, based on what it’s actually going to cost to build these aircraft,” Mollard said. Both parties are working diligently “in good faith” to reach a deal, he added.

The company is “sticking to our economics,” Taiclet added, and “trying to make sure that our shareholders get an appropriate agreement … negotiated by our team.”

Lockheed aeronautics chief Gregory M. Ulmer said last year that prices for F-35s, which fell below $80 million per jet for the conventional takeoff model in Lots 12-14, would likely be higher in Lot 15-17 because the services are ordering fewer aircraft, and because the Block 4 model of the airplane has new capabilities that cost more.

Taiclet said Lockheed has made “great progress over the past year” in getting the F-35’s sustainment costs down. He said Lockheed, the Joint Program Office, the services and Pratt & Whitney “all realize we have a shared goal to reduce the cost per flight hour and improve the readiness rate of the jet and we’re all working together to do that.” He cited “some success” with “long lead-time spare part orders…through the system” that will put more parts “in the right place at the right time to reduce cost and improve the readiness rate.”

Lockheed has answered a request for proposal on a Performance-Based Logistic contract for the F-35 that focuses, “again, … on the supply chain side” and “less so the labor side.” This will involve better integration of planning for production and sustainment parts—earlier versions of the jet need different parts than those in the new-build aircraft. Taiclet said, “We did move it up with the program office to a five-year PBL” instead of the three-year plan that had been discussed previously.

“The bulk of the value will be in the parts flow, distribution, production, integration, etc.,” he said, adding, the company hopes to get the PBL negotiated “in the coming months or quarters.” Overall, “I think we’re really well on the road to having a much more coherent and integrated industry/customer/program office approach to sustainment.”

Mollard said there are now 753 F-35s in the field, and this will see a “compounded annual growth rate” of 15 percent. Flight hours on the F-35 are growing at 16 percent, he added.

The new plateau production rate of 156 F-35s a year is a consensus decision of Lockheed, its partners, and the JPO, Taiclet said.

“The last thing you want,” Mollard asserted, “is a sawtooth pattern, where you’re ramping up and ramping down.”

The company and the JPO “set a rate that we’re fairly comfortable will result in a production build tempo for the forseeable future,” Taiclet said.

“You have to invest in the capital phase for the peak” of that up-and-down cycle, he said, which is wasteful when there’s “overcapacity where the sawtooth trends down” and then new investment is needed “to bring it back up.”

Because the needs of the Air Force and Navy are “steady and reliable, 156 [aircraft] a year was the right investment level for Lockheed Martin and our supply base over time,” Taiclet said. It may trend up if international sales campaigns succeed in bringing in an expected 900 orders.

As far as a new engine for the F-35, the Block 4 version of which will require more power to meet requirements, Taiclet said he’s visited GE aviation and Pratt & Whitney and has seen their “impressive’ work on an adaptive-cycle engine that could fit the Lightning. Lockheed remains agnostic about which engine would be better, or if the Pentagon should simply go with an upgraded version of the F135 engine, which powers the fighter now.

“It’s up to the JPO, services, and the DOD” how to proceed with future F-35 power, he said. The situation is “evolving,” he said, toward a “wider-use case.”