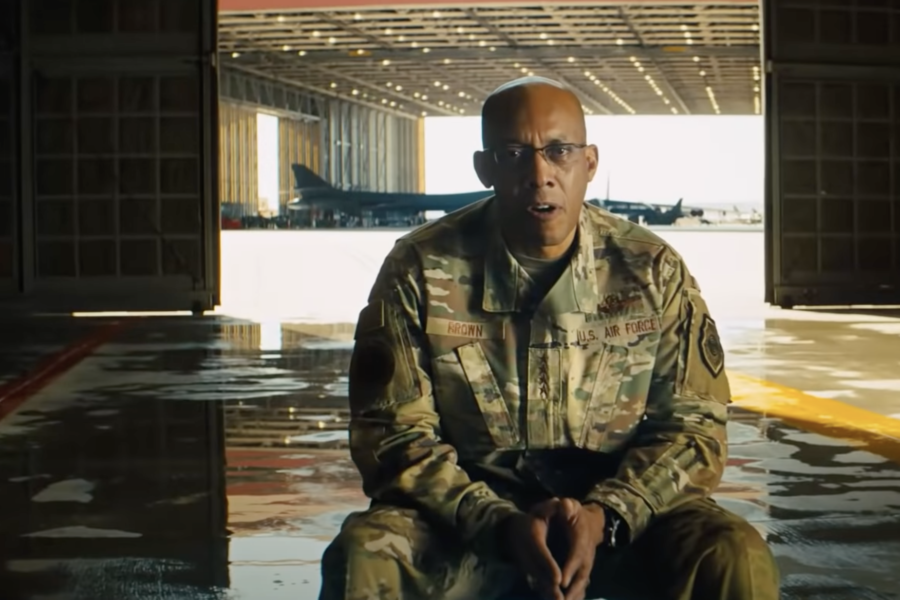 Over the weekend, millions of people tuning in to watch the pregame show for the NBA Finals also caught the premiere of the latest Air Force recruiting commercial, featuring Chief of Staff Gen. Charles Q. Brown Jr.

The 30-second ad, titled “Helmet,” features Brown delivering a simple, powerful message about diversity and air power, intercut with footage of him and other Airmen getting into the cockpit of aircraft and flying.

“When I’m flying, I put my helmet on, my visor down, my mask up. You don’t know who I am—whether I’m African American, Asian American, Hispanic, White, male or female,” Brown says. “You just know I’m an American Airman, kicking your butt. I’m General C. Q. Brown Jr. Come join us.”

Airing on ABC on the night of July 17 ahead of the NBA Finals, the ad has received positive reviews on social media. According to TV Series Finale, 3.79 million people tuned in for the pregame show, including 1 million in the 18-49 age range.

On YouTube, the ad had been viewed more than 46,000 times as of July 19, already making it one of the most-viewed videos from the Air Force and Space Force Recruiting channel this year. On Facebook, it has already racked up more than 200,000 views and thousands of likes.

According to a release from the Air Force Recruiting Service, the ad was shot at Edwards Air Force Base, Calif., and was originally intended to be two commercials, with focuses on diversity and air power. The idea for one single ad came as Brown told stories while recording voiceovers, conveying the same ideas and message he delivered in the final product.

Brown is the U.S. military’s first African-American service leader, and he has spoken candidly in the past about his own experiences of racism, including in uniform. He has also led a push to make the Air Force a more diverse, equitable service.

“I was a captain when I was asked to do an interview about diversity, and I shared this idea,” Brown said in a statement accompanying the release of the new commercial. “I want our adversaries to know, that no matter our respective backgrounds, our Airmen are unstoppable.”