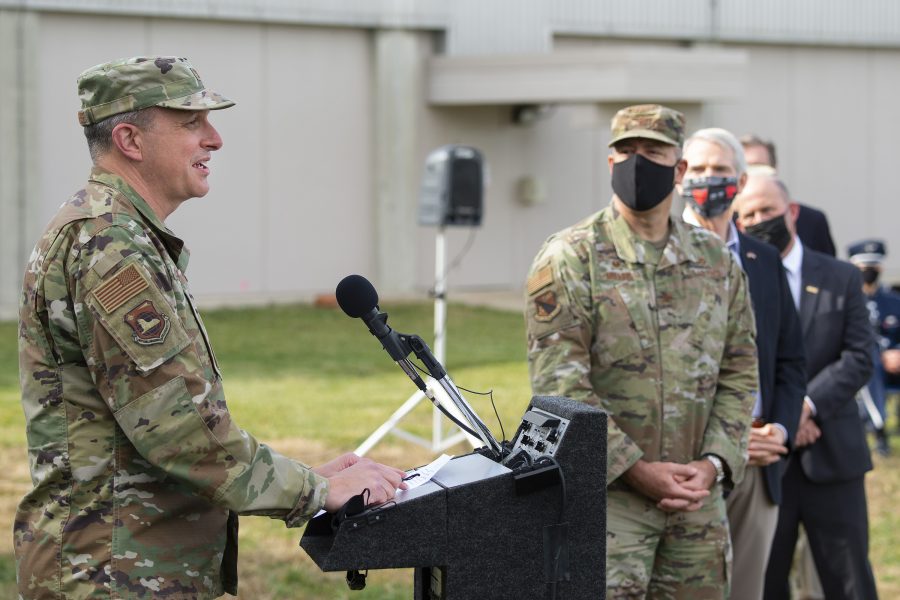 The Space Force is planning its first steps toward a new intelligence center to make the great unknown a little less mysterious.

The Space Force is taking custody of the two squadrons as part of the Department of the Air Force’s broad review of which units should join the new service. Air Force Magazine reported Nov. 10 that recent Space Force guidance included a plan for a National Space Intelligence Center.

“Their designation for realignment into the Space Force is driven by their performing direct support to the space intelligence mission,” Hague said.

NASIC is tasked with offering the scientific and technical know-how to find and describe new air, space, missile, and cyber threats facing the Air Force and Space Force. The services use that information to decide which technologies to pursue and tactics to adopt. Last year, the organization released an unclassified report, entitled “Competing in Space,” to discuss trends and challenges posed by foreign countries in that arena.

NASIC says its space roots date back to its analysis of a Soviet space launch in the 1950s. Now, some military space watchers argue a specialized NSIC would offer more comprehensive operational support to troops who need to know what challenges they face from global adversaries and objects on orbit.

Threats run the gamut from projectile attacks in space or anti-satellite missiles from the ground, to signal jamming and other electronic interference, to intelligence-gathering on U.S. assets in the cosmos.

“The need for space domain intelligence continues to increase in the face of changing missions and emerging threats,” Chief of Space Operations Gen. John W. “Jay” Raymond said in the Space Force’s planning guidance. “We will develop and expand shared strategies [with the Intelligence Community] … to detect and characterize threats, defeat attacks, and respond to aggression.”

The prospect of a separate intel hub under the Space Force has been discussed as leaders mull what the service might need to succeed. Some, including former Defense Secretary Mark T. Esper, have raised questions about whether a space-focused center would unnecessarily duplicate work already underway at NASIC.

NASIC would keep “space” in its name even though the NSIC would primarily carry the space threat analysis mission, according to Hague.

NSIC and the Space Force’s intelligence enterprise “will provide a framework for growth to meet anticipated demand for increased space intelligence at foundational, tactical, operational, and strategic levels,” according to service planning guidance.

Still, it’s unclear when an NSIC would come to fruition. Hague said the new center will be established based on “Intelligence Community policy and resourcing decisions.”

“The IC, through a deliberate analytical process, determined the need to establish the NSIC to provide dedicated foundational intelligence support to the USSF, senior leadership, and policy makers to increase unity of effort and effectiveness of space operations between the Department of Defense and the IC,” she said.