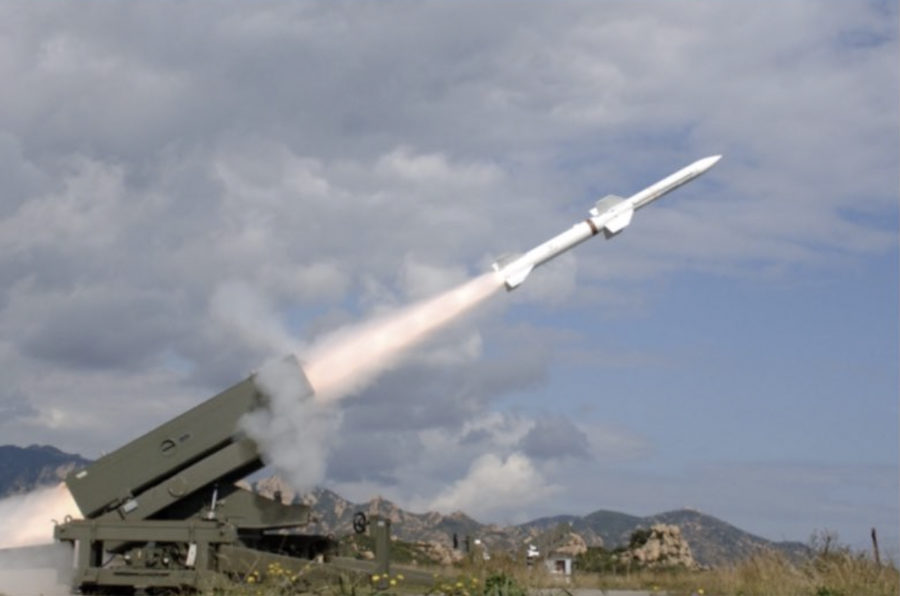 Ukraine has received its first National Advanced Surface-to-Air Missile Systems (NASAMS), providing the country with a long-awaited capability as its infrastructure is being attacked by Russian missiles and Iranian-made drones.

Ukrainian defense minister Oleksii Reznikov announced Nov. 7 that the first of the systems, which were purchased by the United States and donated to Ukraine, had been deployed.

The system will “significantly strengthen” Ukraine’s military and “will make our skies safer,” Reznikov said in a tweet.

The delivery of the NASAMS represents a concrete step toward fulfilling recent U.S. pledges to improve Ukraine’s somewhat porous air defenses. The U.S. is providing an initial two NASAMS, with six on order from contractors Kongsberg and Raytheon. Pentagon officials have said the additional six might not arrive for about 18 months.

In response, Russia has begun using long-range cruise and ballistic missiles fired from aircraft flying over Russian territory and ships in the Black Sea. Russia is also employing an increasing number of Iranian-supplied drones. While Ukraine claims it has successfully shot down most of the drones over its territory, Russia has still been able to get past Ukrainian defenses and do substantial damage to Ukraine’s electrical grid to the point that contingency plans to evacuate Kyiv are being discussed in the Ukrainian capital.

In October, U.S. Secretary of Defense Lloyd J. Austin III and Chairman of the Joint Chiefs of Staff Gen. Mark A. Milley said the U.S. and its allies would help Ukraine begin building an integrated air and missile defense system because of missile and drone threats, including from Russia’s fleet of low-cost Iranian-designed drones. The U.S. has said that the Russians are piloting them from Crimea with Iranian technical assistance.

The NASAMS are a capability Ukraine has been promised for months. In July, the Pentagon said it would begin purchasing the systems, though the full delivery would take years.

According to a paper released Nov. 7 by the Royal United Services Institute (RUSI), a British think tank, Ukraine sorely needs equipment such as NASAMS and the advanced German IRIS-T to augment current capabilities.

“Additional ammunition and more launchers for the highly effective IRIS-T SLM and NASAMS systems are also critical to enable the Ukrainian Air Force to defend remaining electricity infrastructure and protect repair work from higher-end cruise missile attacks,” the paper states. “With rolling blackouts already affecting much of the country and the weather already getting cold, the urgency of these requirements is hard to overstate.”

The two NASAMS Ukraine is now deploying are just one element of improved air defense. On Nov. 4, the U.S. pledged money to refurbish disused HAWK medium-range air defense systems and then donate those to Ukraine.

“The West must avoid complacency about the need to urgently bolster Ukrainian air-defense capacity,” the RUSI report said.

Russia’s increased use of low-cost drones presents an issue for Ukraine’s air defense even if those weapons are shot down, forcing Ukraine to expend its valuable supply of surface-to-air missiles.

One benefit of the NASAMS is the use of adapted air-to-air missiles placed in a ground launcher, known as Surface-Launched AMRAAMs. Newer NASAMS can also launch other normally air-to-air missiles, such as the AIM-9 Sidewinder. The U.S. and its allies have significant stocks of those missiles, according to the Pentagon.

Still, Ukraine has pleaded for more Western systems, and the RUSI report indicates that much more assistance will be needed.

“We continue to insist that countries, wherever possible, provide Ukraine with as much air defense as possible as soon as possible,” Austin said Oct. 27