Skip to content
A B-52H Stratofortress takes off on April 25, 2021, at Minot Air Force Base, N.D. The bomber is one of two B-52 aircraft that arrived to Al Udeid Air Base, Qatar, April 26, joining two additional B-52 bombers that arrived April 23. U.S. Air Force photo by Airman 1st Class Evan J. Lichtenhan.
Expand Photo 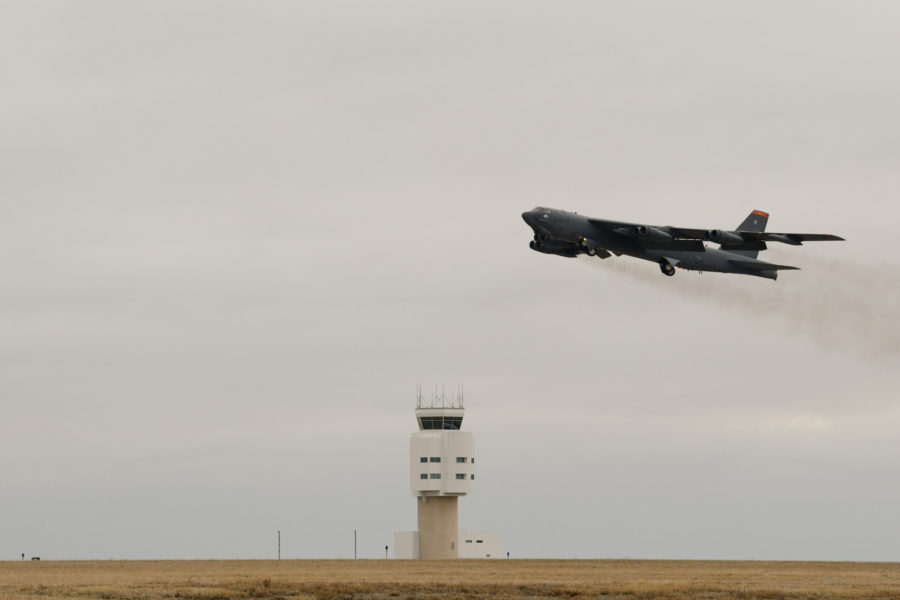 The Pentagon will reportedly send hundreds of troops and dedicated close air support aircraft to Afghanistan to protect U.S. forces during the withdrawal, as two more B-52s arrived in the region.

The two B-52s from Minot Air Force Base, N.D., touched down at Al-Udeid Air Base, Qatar, on April 26, joining two more that arrived late last week. CNN reported that about 650 forces, largely from the Army’s 75th Ranger Regiment, are preparing to deploy to Afghanistan to help with the withdrawal. Close air support such as AC-130s also will deploy for protection.

Pentagon spokesman John F. Kirby said he could not confirm the details in the report, saying “we want to be careful about some elements of our ability to provide force protection,” but the “addition of posture in Afghanistan to assist with this drawdown” is expected.

During an April 25 interview in Kabul, Gen. Austin Scott Miller, commander of Resolute Support and U.S. Forces-Afghanistan, said, “We have the military means to respond forcefully to any type of attacks against the coalition and the military means to support the Afghan security forces. If the Taliban attack U.S. or any coalition forces, we will have a forceful response if our forces are attacked.”

In the coming months, American troops will turn over bases to the Ministry of Defense and other Afghan forces, Miller said. After the withdrawal, Kirby said U.S. support will be limited mostly to financial aid, though the U.S, also is looking for ways to help with aircraft maintenance from outside the country. U.S. airstrikes in support of Afghan operations are not a part of the plan, Kirby said.