Skip to content
A B-52H Stratofortress assigned to the 5th Bomb Wing, Minot Air Force Base, North Dakota, arrives May 4, 2021, at Al Udeid Air Base, Qatar. Two additional bombers arrived May 4, joining the four B-52 aircraft that arrived in late April to protect the orderly and responsible withdrawal of U.S. and coalition forces from Afghanistan. U.S. Air Force photo by Staff Sgt. Greg Erwin.
Expand Photo 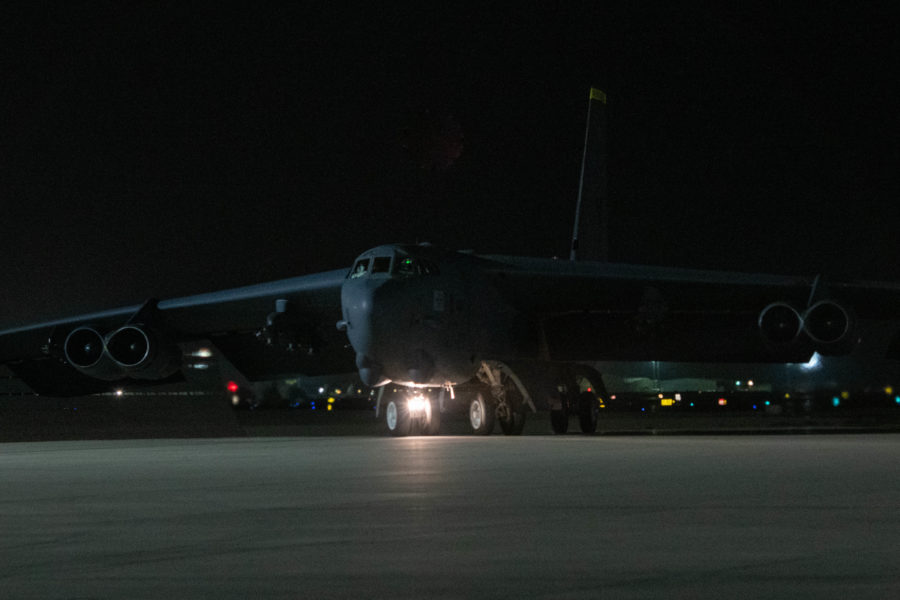 Two more B-52s arrived at Al Udeid Air Base, Qatar, on May 4, bringing the total number of Stratofortresses deployed to the region to six as the U.S. continues its withdrawal from Afghanistan.

The bombers, from the 5th Bomb Wing at Minot Air Force Base, N.D., will be available to conduct airstrikes to “protect the orderly and responsible withdrawal” from the country, Air Forces Central said in a statement.

“U.S. Central Command is committed to providing the necessary force protection to ensure the drawdown is conducted in a safe manner,” according to the statement.

In addition to the bombers, the Pentagon has extended the deployment of the USS Eisenhower and will send additional ground troops for force protection as part of the withdrawal.

“The Secretary is committed to a safe and orderly, responsible drawdown, and we have made it exceedingly clear that protecting our forces and the forces of our allies and partners as they withdraw is a main priority,” Pentagon spokesman John F. Kirby said May 5. “The first word out of our mouths is safe. A safe withdrawal. And the Secretary has approved some additional assets in the region to help us ensure that protection.”

Kirby would not say how U.S. air assets might integrate with Afghan Air Force aircraft for possible operations to protect coalition or Afghan forces if needed. It is “too soon to get into specific integration of tactics or operations at this point,” he said.

Afghan troops rely heavily on U.S. support, including on contractors to keep their airplanes flying. Kirby said the U.S. is still looking at ways to continue that support from outside the country.

Afghan National Defense and Security Forces are “more capable than they have been in years” and have already led in operations against the Taliban before the withdrawal. Kirby said that will continue.