More Aircraft on the Chopping Block 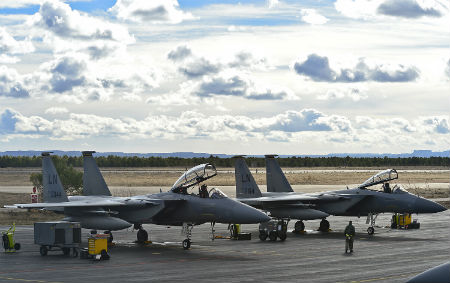 In addition to divesting the entire fleet of A-10 close air support aircraft and U-2 spyplanes, the Air Force’s Fiscal 2015 budget proposal looks to cut 51 F-15C fighters, leaving a fleet of 172 aircraft. The proposal also includes a reduction of the planned 65 combat air patrols of medium-altitude remotely piloted aircraft (MQ-1 Predators and MQ-9 Reapers) down to 55. These cuts come on top of steady reductions in force structure over the last few years, including more than 300 fighters. USAF would also start divesting seven of its 31 E-3 AWACS aircraft in Fiscal 2015, but the remaining 24 airplanes would get the Block 40/45 upgrade, which improves computing power and navigation capabilities.