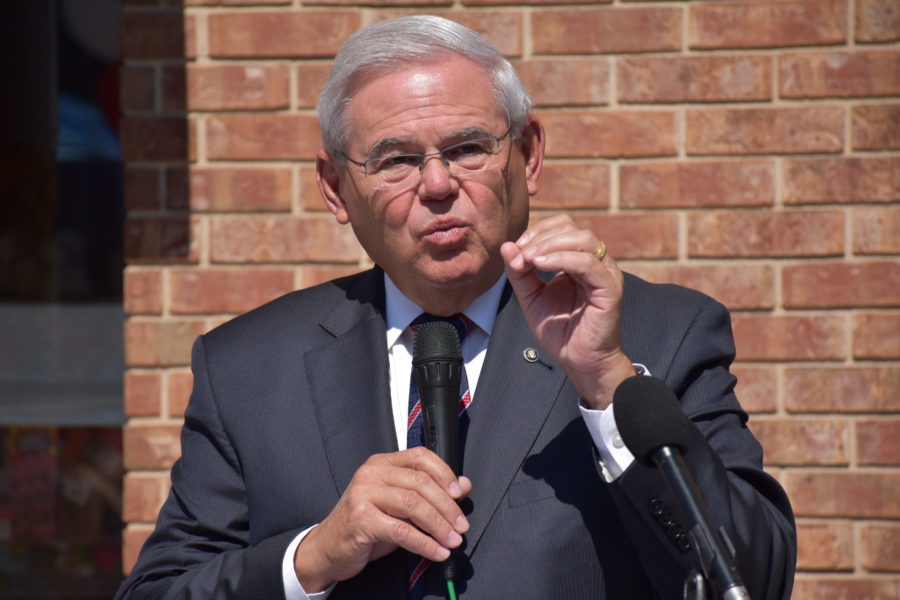 JOINT BASE MCGUIRE-DIX-LAKEHURST, New Jersey—Chair of the Senate Foreign Relations Committee Sen. Bob Menendez opposes Turkey’s proposal to buy F-16s and modernization kits, calling for human rights improvements first even as the NATO ally is threatening to deepen its ties with the Russian defense industry.

“I personally am not supportive of giving them F-16s,” Menendez told Air Force Magazine during a visit to Joint Base McGuire-Dix-Lakehurst.

“I just really have a problem,” he said. “This is not the Turkey that we aspire for, is not the type of NATO ally that is behaving in a way that we should be able to go ahead and give it some of the most sophisticated fighting equipment.”

Menendez said Turkey has jailed more lawyers and journalists “than almost any place in the world.” He also said Turkey takes adverse positions to U.S. interests in places such as Libya, where it has violated sanctions to send military aid to the UN-backed Government of National Accord. Turkey also has menaced U.S. support for the Kurdish militia group YPG in northern Syria, calling the group terrorists and pushing it back from the border as the U.S. tries to coordinate with the YPG to fight the Islamic State group.

The F-16 letter of request to the State Department would help Turkey modernize its aging fleet of F-16s.

In October, Turkey made public its desire to purchase 40 F-16s and about 80 F-16 Viper block 70 and 80 modernization kits with a total price tag of some $6 billion. Turkish President Recep Tayyip Erdogan also indicated that he wanted credit for the $1.4 billion already paid into the F-35 program that Turkey was removed from in 2019 when it bought the Russian S-400 missile defense system.

The State Department declined to confirm or comment to Air Force Magazine on the proposed F-16 acquisition. The Defense Department is separately in a dispute resolution channel regarding the canceled F-35 purchase.

The Turkish President met President Joe Biden in Rome Oct. 31 to win in his support for the F-16 deal, with Biden reportedly saying he would do “his best.” But Congress may still stand in the way when the proposal reaches Capitol Hill.

“It’s not Turkey, it’s Erdogan,” Menendez said. “At the end of the day, he needs to change course. We’ve given him off ramps.”

The New Jersey Democrat has the power to hold up foreign military sales and stymie the formal notification to Congress. Erdogan, for his part, has said publicly that he would be willing to go to Russia for new jets if the U.S. delays.

The threat did not move Menendez.

“I am not deterred that they may go somewhere else,” Menendez said. “If they do so, then, you know, the interoperability gets diminished dramatically at NATO, and they further erode their position.”