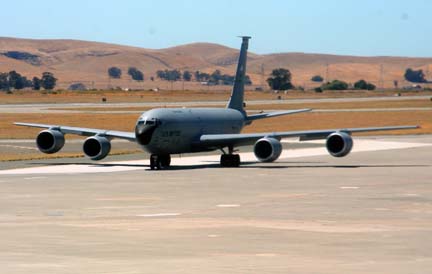 over fairness, Sen. John McCain (R-Ariz.), ranking member of the Senate Armed Services Committee, has called on Defense Secretary Robert Gates to clarify how the Air Force intends to select a tanker aircraft in the KC-X competition, the Mobile Press-Register reported Wednesday. According to the newspaper, McCain wants Gates to justify the Air Force’s proposed method for determining the total proposed price of each bidder and how it came up with the requirements that will drive the selection of the winning aircraft. It cites an Oct. 29 letter from McCain to Gates that, among its points, questions whether the method for determining price would favor smaller airframes—seemingly giving Boeing’s 767-based tanker an advantage over Northrop Grumman’s offering. McCain said in October he would like the Government Accountability Office—or some independent watchdog overseeing the contest. (See also Reuters news wire service’s Nov. 10 report.)