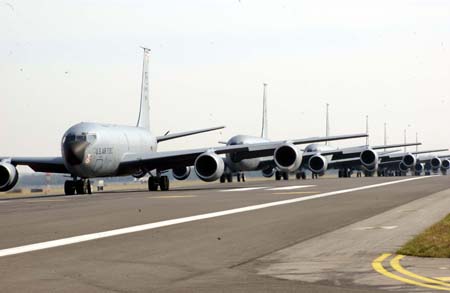 Rumors circulating that EADS North America has found a major US partner for its KC-X tanker bid appear to be incorrect. In fact, Guy Hicks, EADS North America spokesman, along with senior company officials, say the company already has the teammates that it needs in place. “We have assembled a strong US industrial team and we are prepared to compete and will submit a responsive and compelling proposal,” Hicks told the Daily Report Thursday. However, he did add the caveat that EADS “will continue to strengthen” its team, as necessary. KC-X bids are due July 9. Earlier this month, press reports circulated that EADS had a major US partner in place, but was holding off on making an announcement out of concern that the US teammate might face a wave of protectionist backlash for joining EADS’ team, which is pitted against Boeing. These reports cited comments by Louis Galois, EADS chief executive. (See AFP report, Financial Times report).