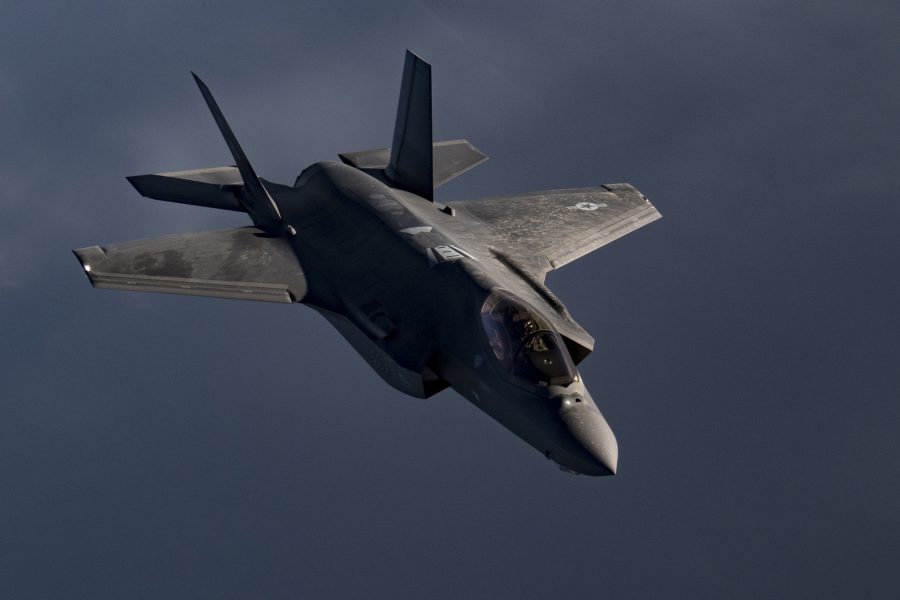 The F-35 fleet is safe to fly, despite an unknown number of under-strength fasteners being used to build critical areas of the jet, Pentagon acquisition and sustainment chief Ellen Lord said Jan. 31.

Lockheed Martin workers mixed up titanium and Inconel bolts during manufacture of the F-35, and the Defense Contract Management Agency told Air Force Magazine neither the company nor the Joint Program Office knew how many aircraft were affected, or how far back the problem started. It said the whole fleet of 400-plus F-35s could potentially be affected. The titanium fasteners are lighter than the Inconel parts, and also have less shear strength.

Lockheed is to present its 70-day root cause analysis of the “quality escape” to the government in February.

At a press conference to discuss cyber security rules for Pentagon contractors, Lord said she had “looked at samples of that issue”—meaning the mixed-up fasteners—and said “right now we have assessed that there is no structural compromise of the aircraft.” She said the root cause analysis continues.

“The JPO is working closely with Lockheed; we will continue to assess if there are any issues, but we have confidence in the integrity of the aircraft at this point.”

Deliveries of the F-35 were halted briefly in November when the issue was discovered. A Lockheed spokeswoman said barrels of the two fasteners, which are visually similar and differ only in a number stamped into them, were mixed up at the company’s Ft. Worth, Texas, factory, as well as the Final Assembly and Check-Out facility in Italy, though not at the FACO in Japan.

Titanium fasteners were installed in places where the Inconel parts were specified, and vice versa. An inspection of some number of aircraft—it did not disclose how many—led the company to conclude the problem is not widespread, and there is no plan in the works to conduct fleetwide inspections. Each F-35 has some 50,000 fasteners, of which about 1.7 percent are supposed to be made of Inconel. The F-35C Navy version requires 3.5 percent Inconel fasteners because of the greater size and loads on that airplane.

Lord said she’s looking for “continuous improvement” in F-35 production, and reported seeing “incredible strides” in its quality over the last two-and-a-half years. However, “I think this is a journey that we will be on for the entire life of the F-35.” She expects Lockheed will continue to improve, “month over month, quarter over quarter, and year over year.”