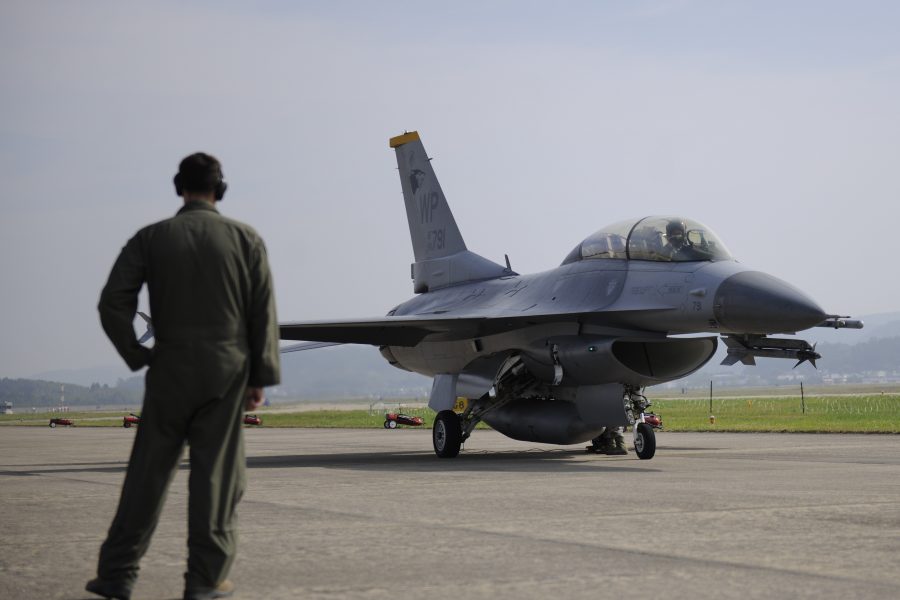 A long-standing problem with F-16 landing gear caused the December 2019 crash of a Viper upon landing at Kunsan Air Base, South Korea.

The documented problems with actuators and brackets on the main landing gear of F-16C aircraft prompted an Air Force-wide time compliance technical order, which had not been addressed on the 80th Fighter Squadron F-16 involved in the mishap. The pilot successfully ejected, and the F-16 was destroyed at a loss of $19.4 million, according to an Air Force investigation released April 29.

On Dec. 2, 2019, the F-16CM Block 40, tail number 90-0714, took off as the third of a four-ship formation for a local continuation training sortie near Kunsan. After a routine sortie, the aircraft returned to base.

The F-16, flown by an instructor pilot in the squadron, touched down on the base’s runway and the right main landing gear collapsed upon initial landing. At about 146 knots calibrated airspeed, the aircraft yawed to the right and the heads-up display started blaring warnings that the landing gear was not locked, according to a Pacific Air Forces Accident Investigation Board report on the mishap.

The aircraft bounced slightly as it continued down the runway. The pilot pulled the stick to increase the aircraft’s angle of attack, which reduced weight on the landing gear enough for it to extend again as it approached the edge of the runway’s prepared surface.

The aircraft continued down the infield, skipping and going airborne momentarily before settling about 2,200 feet from its initial touchdown point, having rotated about 150 degrees, according to the investigation.

The investigation found the cause of the mishap was the failure of the right main landing gear’s downlock actuator, which caused it to collapse and make the aircraft uncontrollable during landing.

“The tension on the main landing gear was great enough to overcome the force of the downlock actuator, resulting in a collapse of the RMLG,” the report states.

Problems with the F-16’s landing gear have long been known, with collapses on F-16Cs dating back to 1997, according to the report. On March 5, 2019, the service issued its most recent time-compliance technical order—“Replacement of Main Landing Gear Downlock Actuators and Support Brackets and Hardware on all USAF F-16C/D Blocks 40/42/50/52 Aircraft”—to mandate the removal of the actuator and place new hardware. The aircraft involved in the mishap had not been fixed. F-16 units have until March 2, 2022, to implement the order, according to the report.

After the mishap, the 8th Fighter Wing at Kunsan implemented the TCTO on the base’s entire F-16 fleet, according to PACAF.