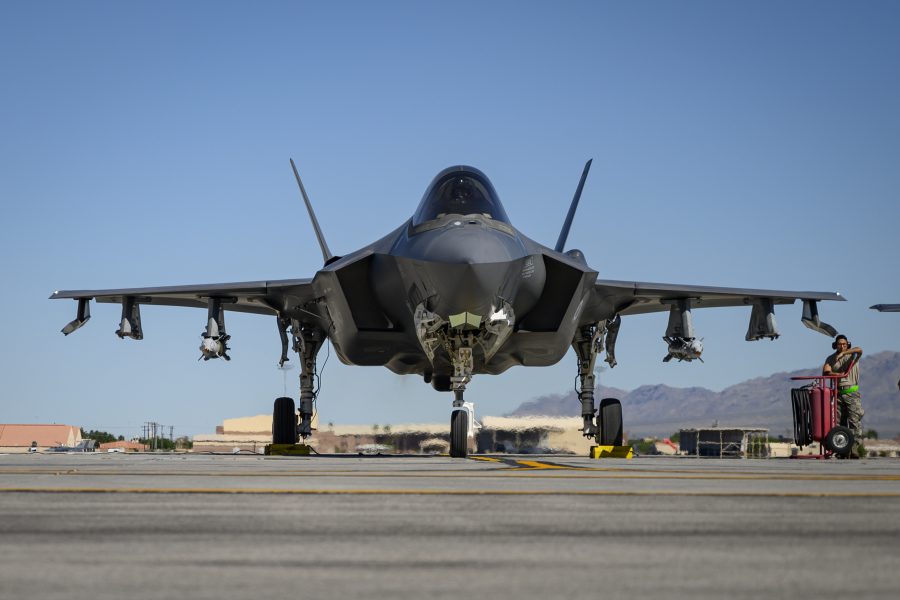 The Pentagon awarded Lockheed Martin a $26.7 million contract on June 1 to develop a structural modification for the F-35 strike fighter to improve its Suppression/Destruction of Enemy Air Defenses capability (SEAD/DEAD). The retrofit design will be applied to both U.S. and foreign F-35s in Lots 14 and 15, and will be completed by August 2022.

The contract, issued by Naval Air Systems Command on behalf of all F-35 users, says Lockheed will perform the engineering necessary to modify the aircraft to perform “full up” SEAD and DEAD. When the Air Force declared the F-35 operational in 2016, it described the F-35’s SEAD/DEAD suite as able to perform the mission in a “limited” fashion. The need for a structural modification indicates the aircraft will be fitted with new munitions and/or sensors to carry out the role, which usually involves detecting, fixing, and attacking ground-based air defense threats, which can be mobile or stationary.

When the service declared initial operational capability for the F-35A, the aircraft was in the 3i configuration, which gave it capability to release satellite-guided bombs. With the 3F version, the F-35 gained capability for the GBU-39 Small Diameter Bomb and AGM-154 Stand-Off Weapon—both used for SEAD/DEAD. The Block 4 upgrade will enable the F-35 to carry the in-development Stand-in Attack Weapon (SiAW).

The Navy plans to field its AGM-88E Anti-Radiation Guided Missile, a successor to the HARM anti-radiation missile, and the Air Force is considering the weapon, as well. The ARRGM and HARM home in on the last known emissions of a surface-to-air missile radar at high speed; their presence and success in previous conflicts has dissuaded enemies from turning their radars on in some instances, hence “suppression.”

The F-35’s ASQ-239 electronic warfare system can passively detect an enemy air defense system’s emissions and geo-locate these targets in concert with the F-35’s other systems. Air Force leaders have said the F-35, by virtue of its stealth, will become the main platform for the SEAD/DEAD mission in the coming decade. That role is now primarily performed by the F-16 with the HARM.