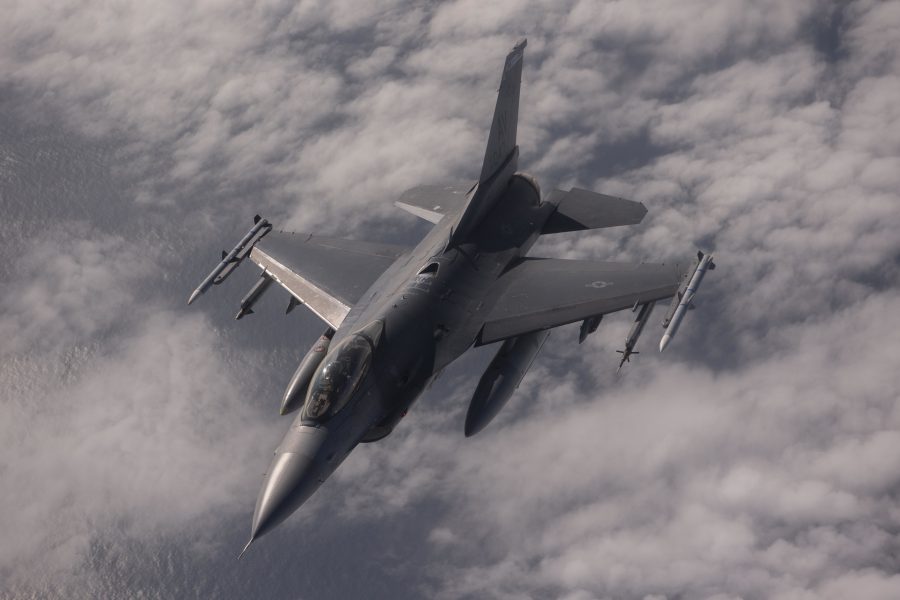 After nearly shutting down production several times, Lockheed Martin is getting a surge of orders for the F-16. With a current backlog of 130 jets, and several countries on the cusp of making orders, the company sees a possibility of surpassing the 5,000th airplane of the type, Lockheed Martin Executive Vice President of Aeronautic Michele A. Evans said Sept. 9.

“We’re seeing a … resurgence of the F-16 business,” Evans said in an interview with Air Force Magazine. The company is producing Block 70 Falcons for Bahrain, Bulgaria, and Slovakia at its Greenville, S.C., plant, where it moved the F-16 line last year, freeing up space at its Fort Worth, Texas, plant for the F-35 production line.

Production is ramping up to four aircraft a month at Greenville, which has increased its workforce to 400 employees, she noted. It is also operating under an indefinite delivery/indefinite quantity Air Force contract to supply F-16s to Morocco and Taiwan and potential future or repeat customers. The IDIQ vehicle will streamline and speed up contracting so there is a “base configuration” of aircraft to be built, “and then we propose only the unique capabilities for each country,” in the form of specific sensors or capabilities, she said. “We then just negotiate that contract with those countries.”

The backlog does not include India, where Lockheed is seeking a contract for an advanced version of the F-16 to be called the F-21. Along with partner Tata, Lockheed would build 114 airplanes in India, under license, if it wins the competition.

The F-16 sales could also create future F-35 customers, Evans said. “For a lot of these countries, … as we get them capable with the F-16, we believe the next step for many … is future procurement of the F-35.”

Evans said the U.S. Air Force is seeking more operational flight program and software updates for its own F-16s, and may be interested in other improvements as well. The Air Force is “looking to advance the capability” of its Falcons, she said.

The current backlog will keep the F-16 in production through 2025, Evans noted, but Lockheed would consider increasing the rate of production if demand increases. Hitting 5,000 Falcons delivered would likely take more than seven years of sustained work, she said. However, “We don’t see any issues in terms of being able to meet customer demand,” she added.