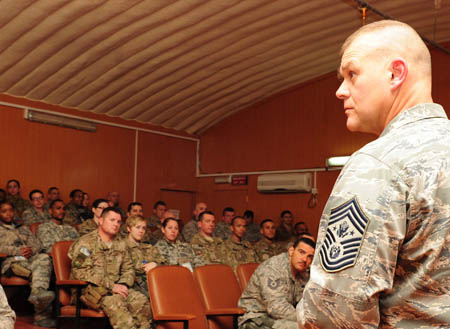 have been 35 suicides across the Air Force’s active and reserve components so far this year, up from 25 at this same time last year, said CMSAF James Roy Thursday on Capitol Hill during an address sponsored by AFA’s Mitchell Institute for Airpower Studies. In 2011, there were 90 total airmen suicides, down from 99 in 2010, he said, stressing that even one suicide is too many. “Life matters. There is nothing more we want to do than send that young man or women back home . . . better than when they came in,” said Roy. Although the United States has been at war for the last 10 years, deployments do not seem to play a major role in the suicide rate, he said. Instead, relationship issues seem to be the top reason why airmen take their own lives, he said. A history of mental health issues, substance abuse, and legal and administrative issues also appear to be factors, said Roy. Airmen in security forces, aircraft maintenance, and intelligence career fields tend to be at higher risk, he said, citing an analysis of suicide data. He noted that, as alarming as the rate of airmen suicides is, it is still “far less” than in the civilian community.