Launch Pad in a Hangar 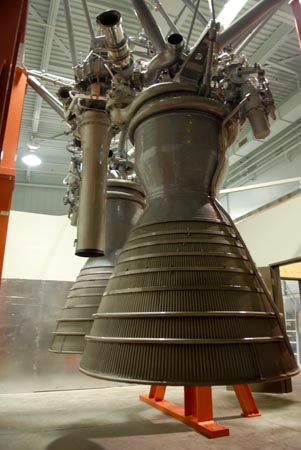 Airmen of the 4th Space Launch Squadron constructed a mock space launch complex at Vandenberg AFB, Calif., to train service technicians to oversee launch contractors there. Since Vandenberg’s actual launch pads are in such high operational demand, “technicians didn’t have much of an opportunity to get hands-on experience,” explained Kevin James, simulator construction project manager. Named “Bogart Bay,” the simulated facility includes an 80 percent mock-up of a rocket’s final stage, replete with engines, fuels cells, and guidance package. The airmen built up the surrounding facility from recycled surplus launch equipment on base. “The new trainer in Bogart Bay will cut down training time from six months to two weeks,” noted James. The team at Vandenberg is also building an identical rocket-stage trainer for the 5th SLS at Patrick AFB, Fla., the unit responsible for overseeing launch contractors at nearby Cape Canaveral Air Force Station. (Vandenberg report by Jennifer Green-Lanchoney)