Last Braves of the Tribe 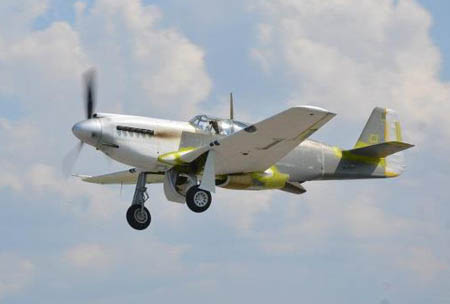 A World War II-era A-36A Apache—an ultra-rare dive-bomber variant of the P-51A Mustang—earlier this month flew for the first time from New Smyrna Beach Airport, south of Daytona Beach, Fla., after extensive restoration and rebuild. This airplane, serial number 42-83738, is one of only two flying examples of the type, and one of only three intact A-36s known to exist worldwide, according to American Aero Services’ A-36 webpage. The company rebuilt the aircraft for the Collings Foundation. Due to its rarity, restorers were forced to fabricate many components since several parts, including the aircraft’s unique landing gear, air scoop, and canopy were swapped for more common P-51 parts in the 1960s, noted company officials. Unlike the P-51 fighter, the A-36 was designed for close air support by incorporating dive brakes and an Allison engine specifically tuned for low-altitude performance, according to the Collings Foundation’s Apache webpage. The aircraft took to the skies June 13.