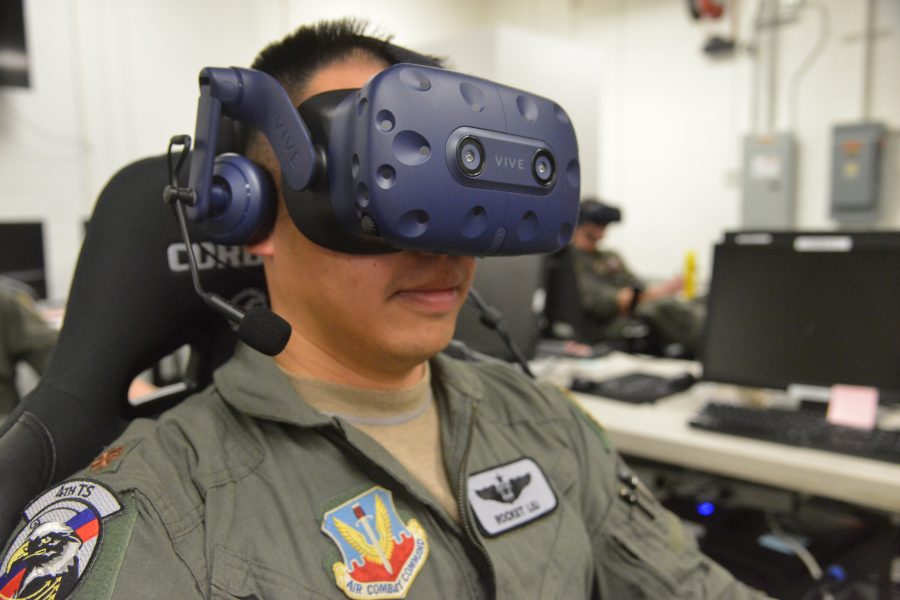 Lasers Come to the Digital Battlefield in New Exercise

Fighter pilots can’t yet fire lasers on their real jets, but a new wargame series will let them try it out in cyberspace.

They practiced navigating situations with a simulated laser weapon on a fighter jet that is similar to SHiELD, an experimental system now in development that is a precursor to future airborne laser beams.

“This exercise allowed the pilots to engage in scenarios using an airborne laser to defeat incoming threats,” Petersen said. “It did not address defense against [directed-energy] systems.”

Also under consideration was a “higher-power future concept,” Petersen said. The Air Force in 2019 said it would launch a six-month study to explore the possibility of a more advanced laser to follow SHiELD as soon as 2024. That weapon could be fired from inside an aircraft, or from a pod hanging outside the aircraft like SHiELD is designed, possibly against harder-to-down targets like other planes.

Simulating laser battles is one way to prepare for the eventual arrival of SHiELD. That pod, envisioned to fly on the F-15, could be used to shoot down incoming surface-to-air missiles or weapons fired from another jet. But wargames can give Airmen a better idea of when exactly they would want a laser in their arsenal, and how to overcome the challenges of airborne physics and moving targets.

SHiELD is taking longer than planned to design, and Defense News reported last year its first flight test was postponed from 2021 to 2023 amid technical difficulties and the coronavirus pandemic. Lockheed Martin, Northrop Grumman, and Boeing are each creating a different component of the laser pod, which successfully shot down multiple airborne missiles in a 2019 ground test. But ramping up to achieve something useful in combat is harder.

“This is a really complex technology to try to integrate into that flight environment,” then-SHiELD Program Manager Jeff Heggemeier told Defense News in June 2020. “That’s ultimately what we’re trying to do with this program, is demonstrate that laser technology is mature enough.”

The Pentagon’s ambitious laser efforts have also raised concerns that the military isn’t prioritizing missions where a beam might be more useful than in flight.

In the short term, the events are also showing the Air Force where it needs to focus its planning and research.

“This DEUCE gave us insights regarding system utility, operational considerations, and desired human-machine interfaces,” or the software that a pilot would use to control a laser weapon, said Joe Aldrich, the event’s lead from AFRL’s directed-energy directorate.

Feedback from Airmen “is critical in designing a usable technology that fits within Air Force operations,” Aldrich said in the email. “The insight provided by pilots and air battle managers supports larger Air Force discussions about how best to integrate new technologies.”

The service is planning two more directed-energy wargames this year but did not say when.

“Future DEUCE events may differ in several ways, to include various types and applications of DE weapons and different scenarios depending on the specific DE weapon being evaluated,” Aldrich said.