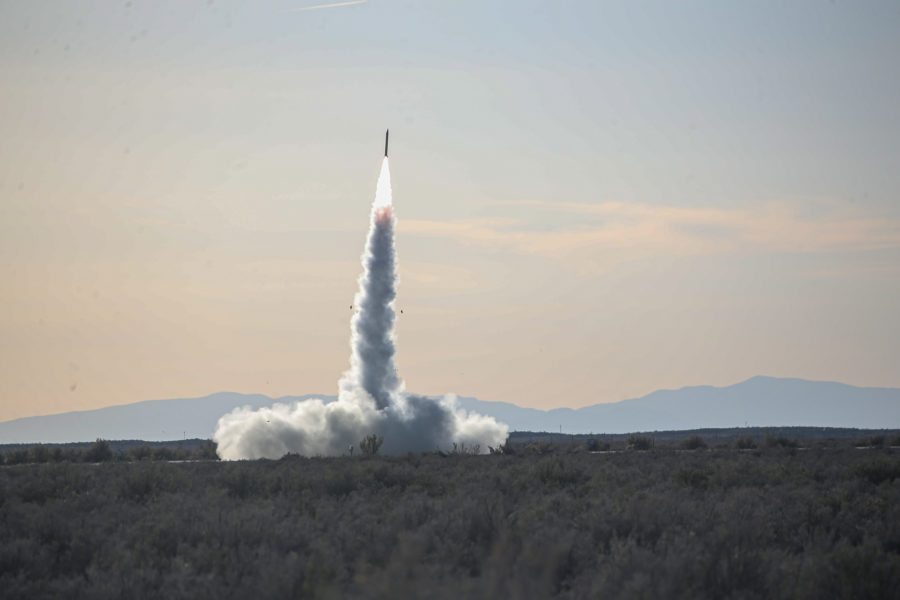 “We’re going to have multi-year authority, I believe, from the Congress,” LaPlante said at a Nov. 4 acquisition conference held by George Mason University.

He noted that members of Congress have written to him expressing surprise and distress that many weapons being supplied to Ukraine—Javelin anti-tank missiles, Stinger anti-aircraft missiles, and High Mobility Artillery Rocket Systems (which LaPlante said are being called “St. HIMARS” because they are having such a huge effect in Ukraine’s success)—have long been out of production, which cannot easily be restarted.

LaPlante reiterated his recent comments that “production is deterrence” and that his priority is neither experiments nor prototypes, but instead capabilities that can be put into the hands of operators “at scale.” Ukraine’s partners can supply that country with munitions while Russia is running low, he noted.

There will be no need to “incentivize” companies to build greater production capacity, LaPlante said, because the Pentagon is going to show people “we’re serious about it” in a way that “we have not done since the Cold War.”

At a recent NATO Armaments Directors meeting on Ukraine chaired by LaPlante, members said they’ve heard that companies want to see a solid “demand signal” for high-volume production before investing in capacity.

He acknowledged that they’ve been burned before.

Paraphrasing what he’s heard from companies, LaPlante said, “‘ Sure, you’re going to put a lot of money against this now—in the midst of a crisis—but two years from now, you’re going to leave me holding the bag. And if you say, you’ve never done that to me—you’ve done it to me before.’ So that gets back to the multiyear.”

He continued that “It’s pretty simple” how to get companies on board.

“You put it in the RFP [request for proposals], and you do it.” The Pentagon needs surge production, and “we’re going to have to contract for it.”

LaPLante said he’s been “very vocal” about the need for multiyear procurements on munitions.

He also said the armaments directors agree that NATO needs not just interoperability, but interchangeability, with multiple plants in multiple countries making identical items in order to have greater surge capacity.

LaPlante said an industry official told him, “‘To be honest with you, you’re going to have to make us do it. We will not do it on our own, because it actually puts us at a disadvantage to our competitor. If my stuff is interchangeable with another company’s stuff, then I’ve just lowered the barrier of entry.’” Nevertheless, it will be done because it will be part of the contract, he said.

Similarly, the Pentagon will have to put open architectures into contracts, because “otherwise, it’s not going to happen.”

LaPlante said there’s also fatigue among the allies for highly complex weapon systems that take a long time to develop at great cost. The allies and partners are agreed that they will, where possible, take advantage of the investments they have all made in new systems to reduce costs and broaden production.

“An example would be the E-7, which the Air Force is interested in … It’s a Boeing plane that Australia paid the non-recurring [costs] for, to fit it up as an AWACS replacement.” With a little extra investment for communications, “it’s done,” LaPlante said. “You’ve got yourself an airplane. It’s in production—imagine that. People are going to want to do more of that.” There will be more co-production agreements, and the U.S. and its allies will also “share more information,” he said.

“If I was somebody we were trying to deter, I would pay a whole lot of attention if a [U.S.] production line showed up in Australia and Japan for capabilities that previously had only been produced in the United States.”