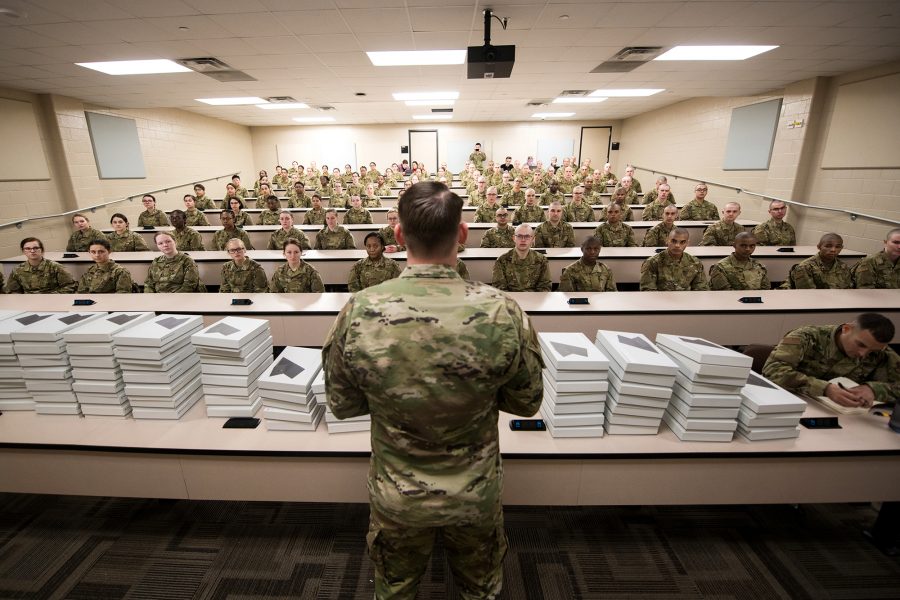 Air Force basic military trainers are experimenting with a new, high-tech way to teach students: tablets filled with everything they need to learn, and that tell trainees when to study a particular topic.

In December, the 321st Training Squadron at JBSA-Lackland, Texas, provided tablets to about 100 trainees in two groups. The Microsoft Surface tablets are provided for free by Cerego, a company that offers adaptive learning software, under a cooperative research and development agreement to see if the tablets are helpful. If so, the service could move forward with a full program to give the equipment to all basic trainees.

The tablets are loaded with all of the information already found in the 500-page trainee study guide, and replace all hard-copy books used in training. This includes information such as the laws of armed conflict, the comprehensive airman fitness model, first aid, Air Force history, basic leadership, and more. The BMT content development team loaded every training textbook, lecture, and video in use into the software.

The software is built so people can change the information in real time, instead of reprinting textbooks, Hoff said. The curriculum changes on an average of twice per year, and now the tablets can quickly incorporate those adjustments.

In addition to the information itself, the tablets have software that tracks when a trainee studies, how much time is spent on each topic, and how often it is reviewed. Using algorithms in the software, the tablet will remind trainees that they need to review certain lessons or risk forgetting the information, Hoff said. Reminders are tailored to each individual, not the entire class.

“We will be providing a better informed and educated airmen to go into tech schools,” said MSgt. Paul Lamelin, a military training instructor assigned to one of the flights.

In the five and a half weeks that trainees have been using the tablets, Lamelin said he has seen a change in how trainees are studying.

Those involved in the program say airmen who have already been through training are wondering, “The Air Force are giving trainees tablets? What are they thinking?” Hoff said.

But he argues careful thought went into how the initiative was rolled out and said certain controls were put on the tablets.

Leadership closely monitors the tablets to ensure students don’t use them for other purposes. One trainee recently attempted to download an unauthorized application, and leadership immediately received an email and stopped it, Hoff said. Students can only access the tablets between 5 a.m. and 9 p.m. At other times, they are just “expensive paperweights,” he said.

The two classes in the pilot program will graduate in February and move on to tech school. After graduation, the squadron will assess the initiative and crunch the data before providing possible courses of action for the Air Force, including expanding the program to all BMT classes. While there are pluses and negatives, it has shown a lot of promise, Hoff said.

“I’m excited. We are changing the way trainees are seeing and learning information,” he said.