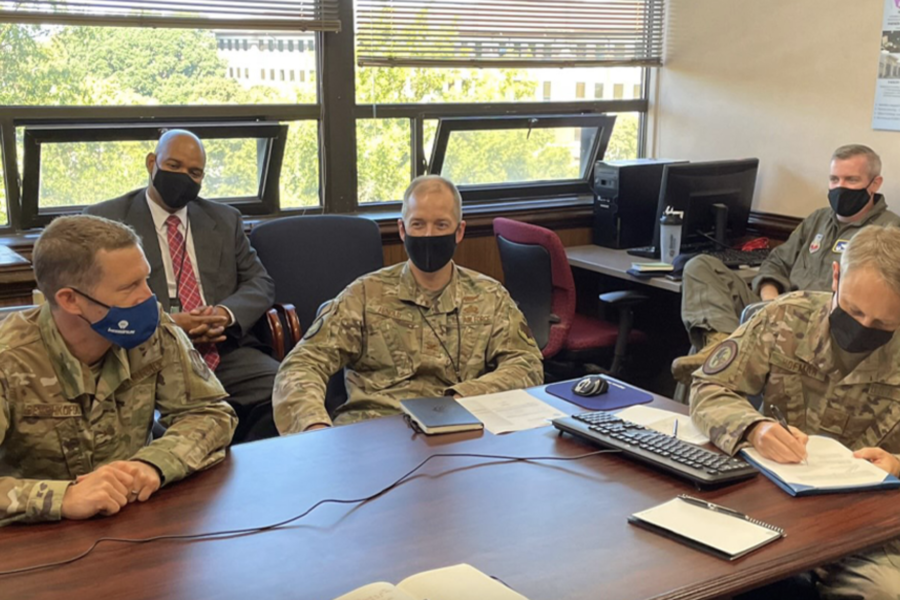 As part of a continued overhaul of the Air Force’s approach to software acquisition, the service’s Kessel Run software factory signed what officials called a “historic” agreement with Air Combat Command.

The user agreement, signed Sept. 30 and announced Oct. 20, marks the first time one of the Air Force’s software factories has signed such a deal with a major command.

In previous years, Kessel Run worked with ACC and other agencies mostly through the Middle Tier of Acquisition process, Kessel Run commander Col. Brian Beachkofski told Air Force Magazine in an interview. However, that process, designed for capabilities that can be rapidly prototyped or fielded within five years, still wasn’t quite right for the software that Kessel Run was developing.

One of the requirements in the Software Acquisition Pathway’s process is a signed user agreement, leading to the announcement between Kessel Run and ACC.

“What’s most important about this is it highlights an area where the acquisition structure and the acquisition roles are making substantial changes to enable software delivery,” Beachkofski said. “There was always this tension in JCIDS and waterfall and static requirements, that it’s hard to do software development for a changing world in a structure that’s built to deliver aircraft and large systems with 20-year acquisition timelines.”

Under the new agreement, the relationship between the MAJCOM and the software factory has been redefined so there is “oversight defined in a way that’s relevant to software as opposed to hardware,” Beachkofski added.

Also required in the Software Acquisition Pathway is a Capability Need Statement, which will be updated yearly, as opposed to just once. That’s necessary, Beachkofski said, because the goal with software is to constantly update and change as needed.

KRADOS, a suite of software programs aimed at overhauling how ACC approaches command and control planning and execution, has been in development for some time now. In April, under the old Middle Tier of Acquisition process, it was declared a minimal viable product.

“So Block 20 is the new system that we’re developing, and the software within it are a suite of applications that enable the AOC operators to do their workflows more efficiently and have a common data layer behind all of them,” said Beachkofski. “Essentially, one of the issues with the [old] system is it’s a system of systems where everything is tightly integrated. So it’s hard to make updates and changes to the system and modernize it. So we’re moving to a more modern microservice architecture, where you can make changes, and they’re not tightly coupled with all the other systems so you can keep it modernized more affordably and easier.”

The 609th Air Operations Center at Al Udeid Air Base, Qatar, became the Air Force’s first AOC to operationally use KRADOS to build an air tasking order in May, and the system was once again used during Operation Allies Refuge, which included the noncombatant evacuation operation out of Kabul, Afghanistan, Beachkofski said.

Currently, the 609th is using KRADOS to plan operations for U.S. Air Forces Central. By March 2022, Kessel Run hopes to have the actual execution of air tasking orders operating on the system as well. After that, the goal is to roll it out to all the AOCs, Beachkofski said.