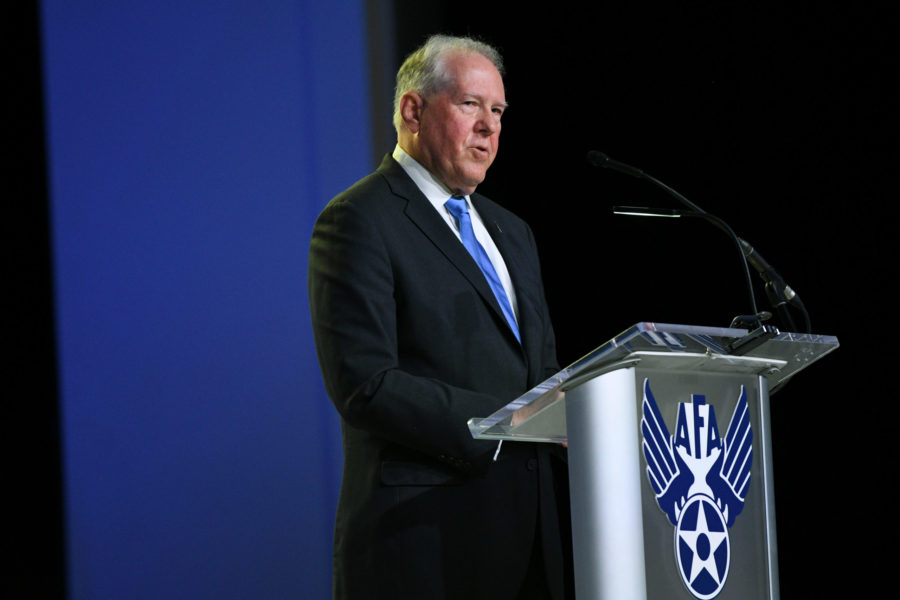 Air Force Secretary Frank Kendall is hopeful that a congressional all-or-nothing “package” of legacy aircraft cuts, akin to what has been done with base closures, could finally let the Air Force retire the airplanes that it needs to divest in order to pay for new capabilities.

At a press conference during AFA’s Air, Space & Cyber conference, Kendall said he’s spoken with Senate Armed Services Committee chair Jack Reed (D-R.I.) about making a package of retirements that members of Congress could approve while giving them some cover for shedding aircraft programs in their states that translate to jobs and economic activity. The model would be similar to the Base Realignment and Closure process, wherein members must vote on the whole slate of closures instead of individual, state-by-state reductions. Under BRAC, members were not allowed to amend or alter the package of closures.

Kendall said his first approach in winning over members resistant to legacy divestitures is to help them “understand the importance of doing those retirements” and why the Air Force needs not only the operating savings for new systems but also the manpower to operate and maintain them. “That’s pretty fundamental,” he said, as is the fact that “the threat is increasing.”

But he said he’s hopeful that a “BRAC for force structure and legacy systems” could work, although he admitted that BRAC “is sort of a dirty word” among members who fear hard economic impacts from a downsized Air Force mission in their districts. He called it a “creative” approach.

“So, I’m not sure exactly what form that would take at this point, but I think some people would be really interested in doing things as a package in a way which provides people with a little less political exposure,” he said.

In his keynote remarks earlier in the day, Kendall said that during his confirmation process, senators tended to agree with him when he raised the issue of retiring old iron to pay for new, but “in the same breath,” he said, they would “tell me that under no circumstances could the—take your pick—C-130s, A-10s, KC-10s, or MQ-9s in that senator’s state be retired, nor could any base in his or her state ever be closed or suffer losses that would reduce local revenues.”

The Air Force “will not succeed against a well-resourced and strategic competitor if we insist on keeping every legacy system we have,” he warned. “I do understand the political constraints here, and I’m happy to work with Congress to find a better mechanism to make the changes we need, but we must move forward.”