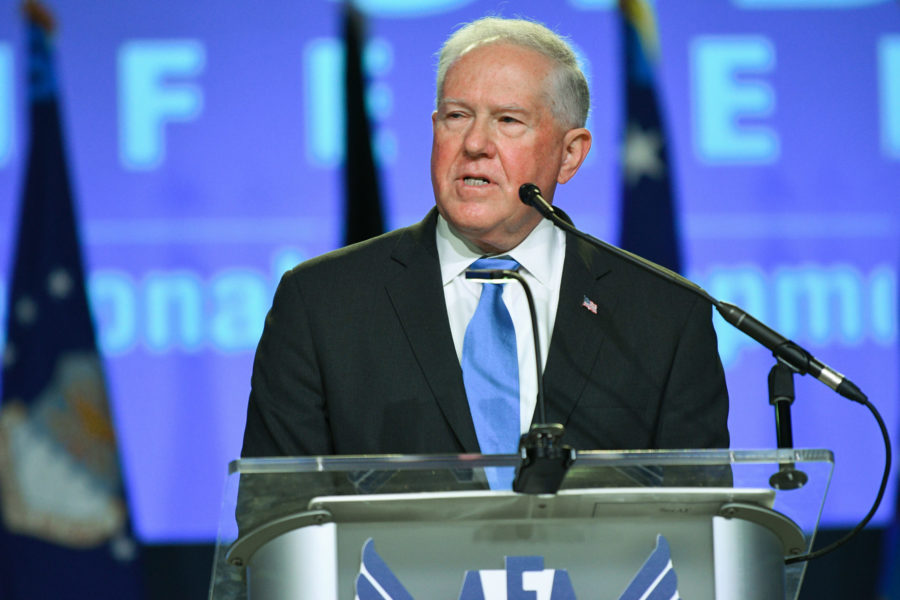 Kendall: Air Force Still Digging Itself Out of ‘Readiness Hole’

The Department of the Air Force is set to embark on a readiness review as it works to dig itself out of a “readiness hole,” Air Force Secretary Frank Kendall said during a virtual Coffee Talk event with Chief Master Sgt. of the Air Force JoAnne S. Bass.

During the Jan. 27 event, Kendall was asked by a viewer how he planned to address bureaucracy affecting maintenance by inhibiting acquisition of parts and equipment.

Kendall responded by noting that bureaucracy is just one of several problems facing the service’s sustainment enterprise and, by extension, its readiness.

“I’m very concerned about our readiness levels, our availability of the current fleet. Some fleets like our battle management fleet, AWACS as well, are not anywhere near where they need to be,” Kendall said.

Kendall cited multiple reasons for the sustainment problems, including “some issues … in terms of the IT system, how well it supports that in terms of delays and so on. There were supply line issues, in terms of the supply chain. There’s some issues with bureaucracy and a number of things,” Kendall said. “In some cases, we’re operating pretty old aircraft, and it’s hard to get the parts for them. It’s a long lead time to get them made for us because they’ve been out of production for a long time. So there’s a range of things there that we have to look at.”

Reports from the Government Accountability Office and the Congressional Budget Office have shown the availability and mission capable rates of Air Force aircraft declining over time. Data from the Air Force has also pegged the average age of the fleet at over 29 years old, with some of the battle management/C3 aircraft that Kendall referenced averaging more than 40 years old.

The E-3 Airborne Warning and Control System (AWACS) in particular has been frequently cited as an aging aircraft in need of replacement. Commander of Air Combat Command Gen. Mark D. Kelly noted in 2021 that “it takes a miracle … every day just to get it up in the air.”

All these readiness issues, Kendall said, are the result of sequestration—automatic spending cuts that started in 2013 and extended for nearly a decade.

“We dug a readiness hole during that period just because we didn’t have resources for it,” Kendall said. “And to be honest, we’re still digging our way out of it. Sequestration has been gone just a short period of time now, and I think we’re getting better. It’s a trade-off we have to make, between near-term operational capabilities and things longer [term] as we look at budgets, try to balance some of the costs.”

Kendall’s sense that the Air Force’s readiness issues are improving will be put to the test soon. “We’ve got a big readiness review coming up at headquarters here pretty shortly. We’ll be looking at all these issues,” he said.

Regardless of what the review finds, the department needs to take a more integrated approach to sustainment to ensure its aircraft are ready to fly, said Kendall.

“We need to basically design our systems for sustainment, for maintenance. We need to put the systems … in place that will support them efficiently,” Kendall said. “And frankly, we haven’t paid enough attention to that, at certain times and on certain programs, certainly.”