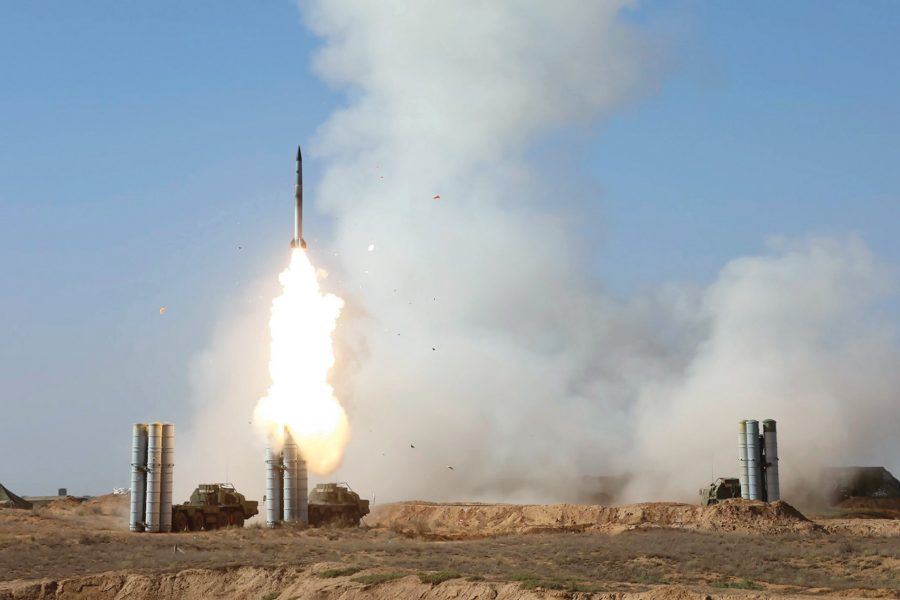 Ukrainian forces are making good use of their Russian-made air defense systems, and Russia’s slow progress in Ukraine is an indication of how important it is to have air superiority, Air Combat Command boss Gen. Mark D. Kelly said March 9. However, the U.S. needs new weapons to equip its fighters because adversaries are getting better at detecting even low-observable aircraft.

Speaking at a McAleese and Associates conference in Washington, D.C., Kelly said Russian S-300 and S-400 air defense systems are “operating pretty well, operated by Ukrainians.” Unconfirmed reports indicate dozens of Russian aircraft have been shot down in the week-old invasion of Ukraine. Russia has also bogged down due to “logistical challenges [and] morale challenges,” Kelly said.

But “one challenge they do not have [is] … an air base defense challenge. They just don’t, because they operate layer upon layer upon layer of S-300s and S-400s, as well as SA-23s, etc.” These nested air defense systems have provided Russian forces with good protection against air attack, Kelly said.

“The Russian Air Force has not adapted agile combat employment, for a couple of reasons,” Kelly assessed.

“One, my opinion, they’re not capable of doing it,” he said. “Two, they don’t need to. They can operate pretty … safely from their main air bases with that layer of air defense over them.” But he said Russian air units are “struggling with [using] Russian systems [without] adhering to Russian doctrine. And we see the challenge that they have, but we also see the challenge of what happens if your joint force is organized, trained, equipped to operate with air superiority and not remotely designed to operate without air superiority. What happens when you don’t have it?”

From an historical perspective, Kelly said, “what keeps me up at night” about Russia’s invasion of Ukraine is the “escalation” danger.

“Dictators, faced with a choice of either losing or using chemical weapons, choose not to lose.”

Kelly said one of his near-term priorities is providing new weapons to equip ACC’s fifth-generation aircraft.

“We’ve invested a lot of … time, effort, and money into building a low-observable force,” Kelly said. But the investment will be worthless if those aircraft have to get into “everyone’s observable range” to launch their weapons. Without longer-ranged munitions with better sensors, “we will not get a good return on investment from this low-observable fleet.”

Kelly said he’d like to have the E-7 Wedgetail capability, or something similar, as soon as possible.

“We cannot generate sufficient sorties” with the E-3 AWACS, even when it’s operating close to its home base and with “the finest sustainment enterprise on the planet,” Kelly said. “I don’t care who makes it,” but the Air Force needs to refresh its airborne moving target indicator capability as soon as possible.

Asked whether the F-35 will be a suitable close air support platform, Kelly said the Marine Corps, which needs the aircraft almost exclusively for that purpose, has “voted” for it. The F-35 will be better than previous CAS platforms because of its ability to see through clouds and obscurants from a safe altitude, and to place ordnance exactly where it’s wanted without putting the aircraft, pilot, or ground troops in peril. Russian aircraft, he said, cannot do this, based on operations in Ukraine.

However, Kelly rejected a suggestion that Joint Tactical Air Controllers should be phased out, because “you still need … eyes on target” and the capability of Battlefield Airmen, “within arm’s reach of that battalion commander,” to assess a situation and request the right solution.

He also said that in Red Flag exercises, he’s increasingly seeing commanders choosing to keep F-35s in the battlespace, even after they’ve released all their weapons, because of the value of battlefield information they can gather with their ground- and air-sensing capabilities, and then pass that information along to the rest of the force.