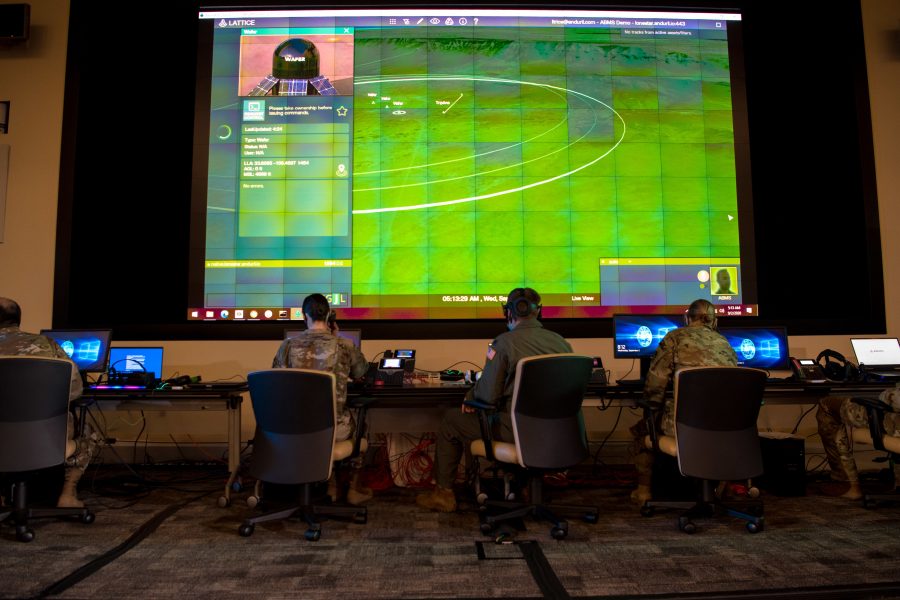 Kelly: Most Appealing Part of ABMS Demo Was AI; Opportunity to Free Up PED Airmen

The performance of artificial intelligence was the most striking and attractive aspect of the recent Advanced Battle Management System experiment, because it potentially heralds a way to find manpower needed for other missions, Air Combat Command chief Gen. Mark D. Kelly said September 14.

In an online press conference during AFA’s virtual Air, Space & Cyber Conference, Kelly said ABMS “comes down to decision superiority,” achieved by speed and connectivity. He also talked about the kinds of systems that may be cut as USAF reorganizes around higher priorities; the value of the F-15EX; how he sees the “Digital Century Series,” and hypersonic systems.

There was a “significant amount of AI, and the AI that we saw … seemed to work pretty well,” in terms of automatic target identification, Kelly noted. Given that USAF brings in far more intelligence than it can process with the available airmen—and that the unconsidered information isn’t contributing to decisions—“anytime we can do [processing, exploitation, and dissemination] with the help of machines, it is greatly welcome.” This is going to be one of the way the Air Force finds “excess manpower to funnel to undermanned areas.” The service must “free up manning across the board” to perform the missions it must do, Kelly said.

The senior Air Force leadership does not yet have a clear picture of what must be done to achieve what Kelly termed “ruthless prioritization” of missions, but he said a Corona meeting of top USAF officials in a few weeks should yield an “unambiguous” way forward on which activities USAF will have to let go in the fiscal 2022 budget. Manpower and resources will be “pushed up” to higher priorities specifically called out in the National Defense Strategy, he said.

Kelly has been unable to find “an over-manned portfolio” within ACC that could be “harvested” for billets, and said extra personnel will have to be found from a “holistic Air Force review of something we’re going to stop doing to better resource a new priority;” meaning, from another command.

The Corona meeting also will be the forum to debate the value of some weapons systems—in whole or in part—versus others, but Kelly said he doesn’t anticipate a “cage match” between the F-35 and the F-15EX, as both provide value for USAF’s future.

He offered support for the F-15EX, saying, “We have to refresh the aging F-15C. It’s less about politics than about how metal bends, and what happens to metal after you bend it so many times.” The EX, he said, will be “ready to fight as soon as it comes off the line. It’s a hot line that some of our [international] partners have paid a lot of the R&D to help us get to.” He called it a “a game-changing aircraft” thanks to its “digital backbone” and open-mission systems to easily refresh its capabilities, and it has a large payload to bring to the fight.

“We have to present a peer adversary with multiple challenges to fend off, inside threat rings and outside threat rings, with lower radar cross-section threats and big payloads, and a mix of problems, and this will help us bring those problems to bear,” Kelly said of the F-15EX. It will have “the brains to assess and decide quickly, speed to cover a big area, some pretty significant hitting power.”

Kelly also said he expects Global Strike Command will be first to field hypersonic weapons with the AGM-183 ARRW missile. While he declined to say the F-15EX would also be a hypersonic missile carrier, he acknowledged that its centerline station will be able to carry “some of the heaviest” munitions the Air Force has.

His priorities at ACC will be to “complete and consolidate” the work done by his predecessor, Gen. James M. “Mike” Holmes, to create new, better aligned numbered air forces for information operations and kinetic combat, and in other activities, such as consolidating F-22s at Joint Base Eustis-Langley, Va.

Although he declined to comment much on the “Digital Century Series” ideas of Air Force acquisition chief Will Roper—saying Roper himself will reveal new information Sept. 15—Kelly said the concept is actually better described by USAF’s fielding of the F-117 attack jet.

The F-117 “was unique, game changing, [we] brought it to the field, fielded it, operated it for a specific amount of time, and then moved on to another rapidly emerging technology that we just couldn’t adapt to that exact same platform,” Kelly explained. “We did so in a manner of acquisition, testing and fielding all the way into a war. And then, before it got to the life cycle spot of 15 years and beyond—when it was really going to be cost-prohibitive to operate—we moved on.”

Kelly said chief of staff Gen. Charles Q. Brown Jr.’s vision of “accelerate … or lose” is a vision of being unstintingly realistic in assessing the U.S. versus its peer competitors.