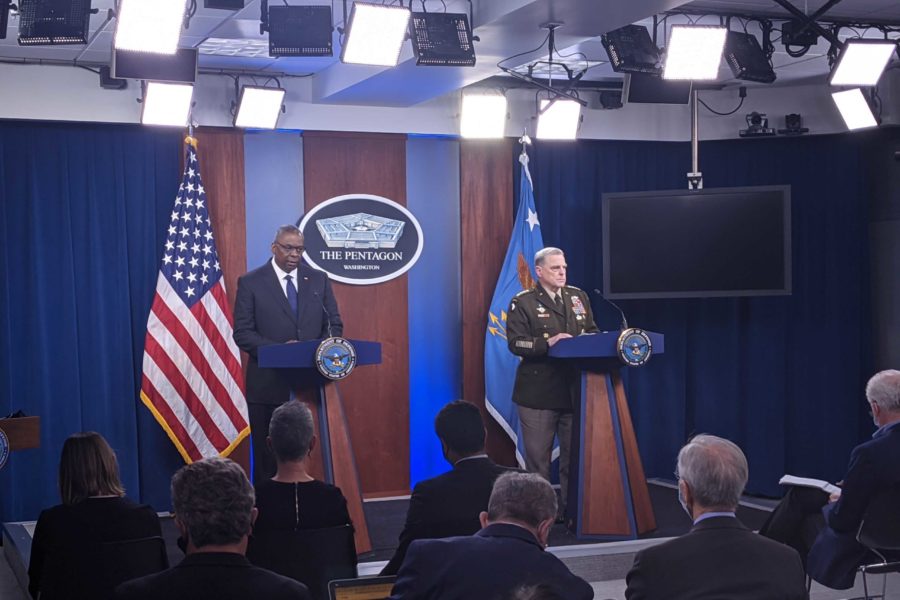 Kabul Evacuation Pace Increases as US Citizens, Afghans Struggle to Get to Airport

Airlift operations are increasing at the Kabul airport in Afghanistan, with about 20 C-17s flying out per day in what U.S. military leaders say is likely to be the country’s second-largest non-combatant evacuation operation in its history.

“Right now, our mission is to secure that airfield, defend that airfield, and evacuate all those who have been faithful to us,” Chairman of the Joint Chiefs of Staff Gen. Mark A. Milley said during an Aug. 18 briefing. “There will be many postmortems on this topic, but right now is not that time. Right now, there are troops at risk, and we are the United States military, and we fully intend to successfully evacuate all American citizens who want to get out of Afghanistan.”

As of early Aug. 18, 18 C-17s and one C-130 had arrived at Hamid Karzai International Airport with another 700 troops, bringing the total number of American forces there to 4,500. As of the same time, 18 C-17s also had departed with about 2,000 people, including about 325 American citizens, as well as Afghans and NATO personnel. Some commercial flights also have resumed, though they need to operate on visual flight rules, without the aid of air traffic control.

Over the next 24 hours, the Pentagon expects that number to stay consistent. The Defense Department still thinks it can fly out about 5,000 people per day, with aircraft leaving at a rate of about one per hour.

The airport continues to be secure, and the Taliban are not in any part of the facility. The group maintains checkpoints outside the airport, and its members are checking American citizens’ passports to allow passage to the airport.

U.S. troops and State Department personnel are manning two gates at the airport, with one processing 120-130 people per hour and another processing 340-350 per hour. The processing is contingent on people getting to the gates with the proper credentials.

Defense Secretary Lloyd J. Austin III said during the briefing that the military needs to remain focused on keeping the airfield secure. This means, at this time, not sending forces into Kabul to try to extract American citizens or other people.

“The forces we have are focused on the security of the airfield,” he said, asking, “What happens if we lose the ability to provide that security? We don’t want to detract from that.”

Earlier in the week, chaotic scenes showed Afghans breaching the walls of the airport and climbing onto a C-17 that had just landed. People crowded the flight line, preventing aircraft from landing or taking off.

U.S. military leaders are coordinating and “deconflicting” with the Taliban to allow people to pass. There have not been any hostile interactions with the Taliban, Austin said.

In addition to aircraft landing at the airport for evacuations, Milley said a heavy presence above the city for security includes U.S. Air Force F-16s, B-52s, AC-130s, and MQ-9s, along with F/A-18s and AV-8s. There were reports of fighter jets flying low over Kabul in the early hours of Aug. 18, but the Pentagon could not comment on those operations at the briefing.

The evacuation is solely taking place at the urban airport inside Kabul after U.S. forces drew down from bases across the country, including the massive Bagram Airfield located about an hour’s drive north of the city.

Milley said military planners considered the idea of keeping both the airport and Bagram open, or solely operating out of Bagram, which has two runways as opposed to one in Kabul. However, keeping Bagram secure requires a “significant level of military forces” and would require external security from Afghan forces. The task, at the time, was to protect the U.S. embassy in Kabul, so the decision was made to focus on the nearby airport.

Since Afghan forces collapsed in the face of the Taliban advance, there’s been rampant speculation on whether there was a failure of intelligence before the retrograde. Milley said intelligence showed “multiple scenarios” were possible, including an “outright Taliban takeover.” Others included a prolonged civil war or a negotiated settlement. On the prospect of a rapid collapse, intelligence had predicted a wide timeframe of weeks, months, and even years after a U.S. withdrawal.

“Nothing that I, or anyone else, saw indicated a collapse of this army and government in 11 days,” Milley said.

Austin said the operations will increase as efforts to bring out U.S. citizens and Afghans continue, while at the same time the U.S. will deconflict with the Taliban. The deadline of Aug. 31 still stands for bringing out all U.S. forces.

“It’s obvious, we’re not close to where we want to be in terms of getting the numbers through,” Austin said. “So we’re going to work that 24 hours a day, seven days a week, and we’re going to get everyone that we can possibly evacuate evacuated. And I’ll do that as long as we possibly can until the clock runs out or we run out of capacity.”