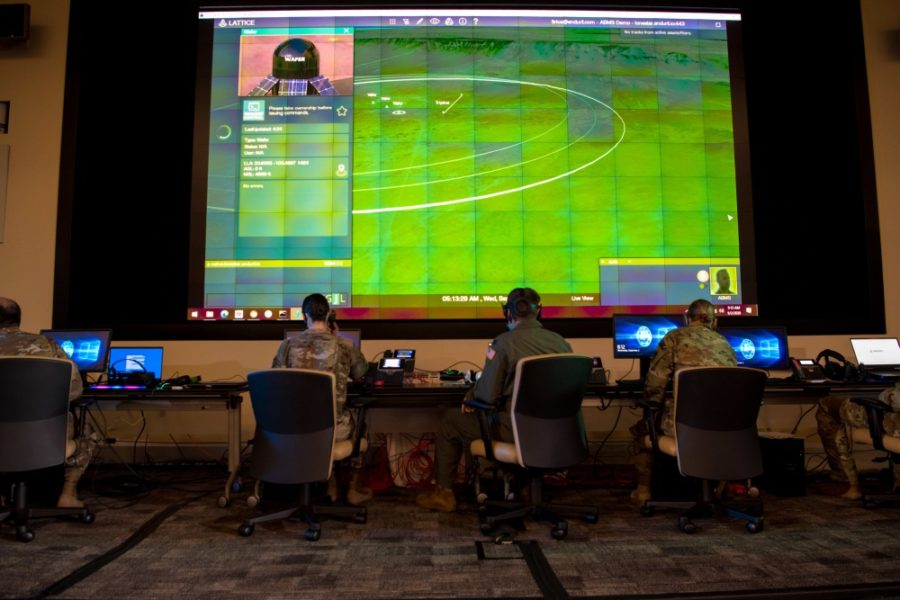 In Defense Department wargames in 2018, America lost 18 straight competitions with a peer adversary. What was more troublesome, recalled Lt. Gen. S. Clinton Hinote, was that the United States was losing the war faster in each subsequent round.

Hinote, Air Force deputy chief of staff for strategy, integration, and requirements, described the Pentagon briefing that shook the thinking of defense leaders at the time.

“Our chief wargamer got up in front of the audience and said, ‘Ladies and gentlemen, we should never do this again,’” Hinote told an audience at the National Defense Industrial Association’s JADC2 conference July 12. “If we try to operate in stovepipes and in domains, we know how this is going to go, and it is not going to go well for the joint force.”

Hinote was part of a group asked to experiment with the wargaming.

“What could we do different to get to a different outcome?” he recalled thinking.

“We stopped thinking about warfare in terms of the air war, or the ground, or the maritime war,” he said, adding the cyber and space domains. “We started thinking very much as it all is connected together. And one of the things we saw was that our command and control was not up to the task.”

More than 70 defense companies are part of the Air Force’s Advanced Battle Management System technology competition, worth as much as $950 million, the service’s piece of the Pentagon’s overall JADC2 effort.

“They’re certainly working on it very hard,” Minihan said of the People’s Republic of China.

“As you look at what PRC works on very hard, they make gains very quickly,” he added. “As we watch the robustness of their exercises, … they’re bringing together domains very robustly, and they understand from watching us how important it is.”

Minihan pointed to the recent 100th anniversary of the Chinese Communist Party and comments by Chinese President Xi Jingping. The commander warned that China’s view of a rules-based world order that benefits China could lead to the type of oppression now witnessed in Hong Kong and against the minority Uighur population and the aggressive military activity now visible around the first island chain of the East and South China Seas.

Hinote acknowledged, however, that JADC2 means different things for the joint force.

It means sharing data in real time across all the services and the joint force. It means creating an “edge cloud,” or the capability to operate disconnected and to give field commanders the authority to do so. It means no more “centers” for accessing all information.

“It changes everything,” Hinote said, describing a “true mission command” that could be on the bridge of a ship, the back of an airplane, or on an island base.

“What will be very compelling to our adversary is if we develop a technology and a people base, a human capital base, that means that it’s going to be almost impossible to cut the head off the snake,” he said.

On the front line of the peer adversary competition with China, Minihan warns that the People’s Liberation Army is watching America’s military development and accelerating its own.

The commanders briefing at the NDIA conference believe JADC2 will change the wargame outcomes.