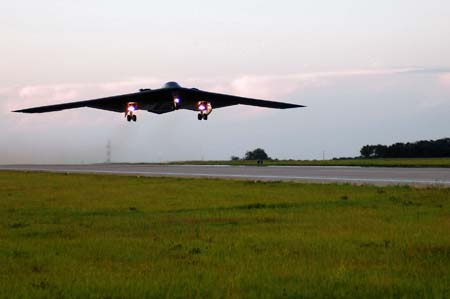 y, the Air Force will release its highly anticipated nuclear roadmap that plots the steps to restore full confidence and credibility in its nuclear stewardship and to renew emphasis on its nuclear mission after several high-profile missteps. The forthcoming document, titled “Reinvigorating the Air Force Nuclear Enterprise,” will provide “the fundamental guidance to organize, train, and equip our nuclear forces to ensure effective nuclear deterrence and flawless nuclear surety,” said Air Force spokesman Mike Andrews. The roadmap is the creation of the nuclear task force that Donley chartered in June to outline a way forward in the wake of events like the unauthorized transfer of nuclear-armed cruise missiles aboard a B-52H bomber in August 2007 and the mistaken shipment of sensitive missile components to Taiwan in 2006. Some new actions are already known. For example, Air Force leaders announced earlier this month that the service will form a new nuclear-centric major command to oversee all nuclear-capable bomber and ICBM forces. Further, the responsibilities of the Air Force Nuclear Weapons Center are being expanded to include all nuclear sustainment. And a new Air Staff directorate is standing up to provide a singular focus on nuclear matters at the headquarters level. More to follow.