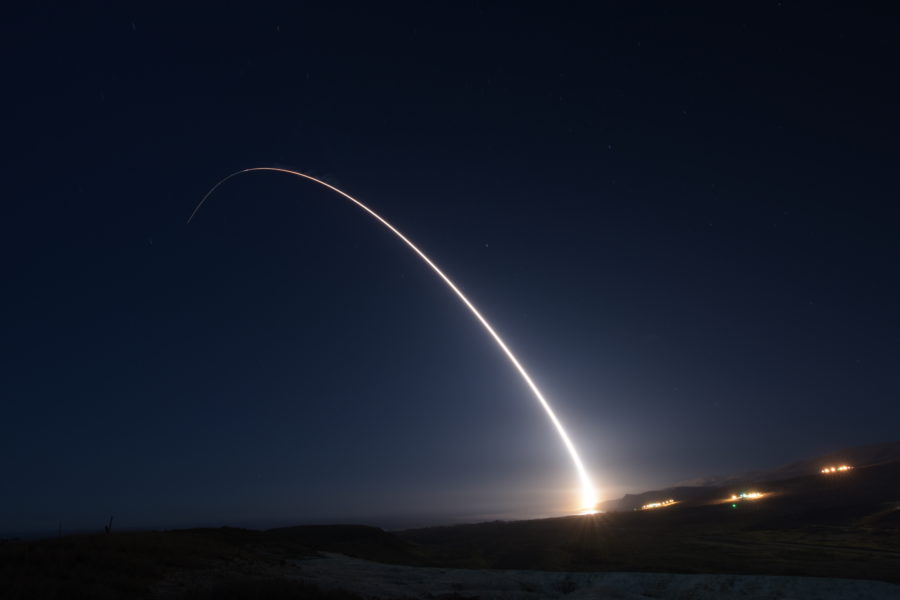 ICBM Shuts Itself Down Before Launch, Test Aborted

An unarmed Minuteman III test launch was aborted May 5 when the missile’s computer detected a fault during its terminal countdown and stopped the launch process, Air Force Global Strike Command said in a statement.

The Air Force regularly tests its ICBM fleet with launches from Vandenberg Air Force Base, California, to ensure the missiles are effective.

“The missile did exactly what it was designed to do,” Air Force Global Strike Command said. “During terminal countdown, the missile computer detected a fault in the sequence of checks it does prior to launching. Upon detection of this fault, it shut itself down.”

The command will not speculate on the root cause of the fault, and the incident is under investigation.

“The Air Force adheres to strict protocols while performing operational test launches, only launching when all safety parameters with the test range and missile are met,” the command said.

Air Force officials are assessing the possibility of rescheduling the launch.

It is the first unsuccessful test of a Minuteman III since 2018, when a launched missile developed an “anomaly” during flight. The issue created an “unsafe flight condition,” so the crew destroyed the rocket before it reached its destination. That incident was the first problem with a test launch since July 2011.

The May 5 incident comes as Defense Department officials are pressing the case for the Ground-Based Strategic Deterrent program to replace the aging Minuteman III system. U.S. Strategic Command boss Adm. Charles “Chas” A. Richard told lawmakers in April that there is “no operational margin” left in the ICBM leg of the triad and that the aging Minuteman III fleet is “at risk of losing credibility” in the eyes of potential adversaries.

“Nothing lasts forever,” Richard said. “You cannot indefinitely life-extend anything. I cannot deter with the leftovers of the Cold War forever. … I need a weapons system that will actually work and actually make it to the target.”