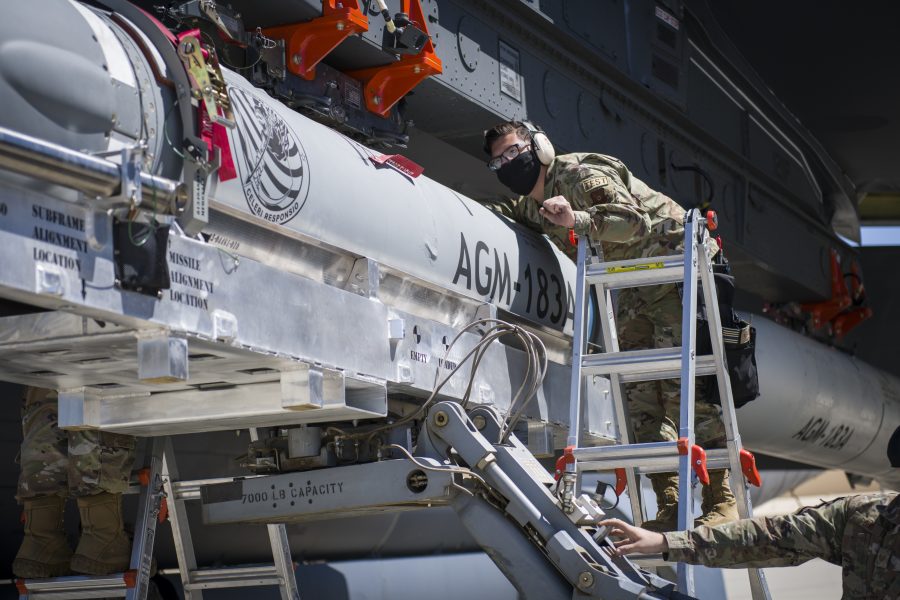 During the test, which was conducted off the coast of Southern California, the AGM-183A Instrumented Measurement Vehicle-2 transmitted telemetry and GPS data to ground stations at the Point Mugu Sea Range. The test verified the weapon’s integration with the B-52, and practiced a concept of operations to be used in its first Booster Test Flight, to be held later this year, according to an Air Force release.

ARRW is a rapid prototype effort, with initial operational capability expected by 2022. The Air Force in February picked the missile as its first weapon of the type over the Hypersonic Conventional Strike Weapon, or HCSW. The missile passed its critical design review in February, and Air Force Global Strike Command is planning to eventually carry it externally on the B-1 as well.

“I think we’re going to commit to the ARRW, because I think our carriage capability is good for that,” Global Strike boss Gen. Timothy M. Ray said in April.

The weapon took its first captive carry flight in June 2019 at Edwards Air Force Base, Calif. At the time, Air Force acquisition head Will Roper said the flight tests demonstrated that hypersonics are making it “out of the lab and into the real world where our weapons systems live.”

“It’s a step,” he said in an interview. “Not a huge step, but it’s an important step to start thinking of hypersonic weapons not as science and technology, but as a current weapon system.”