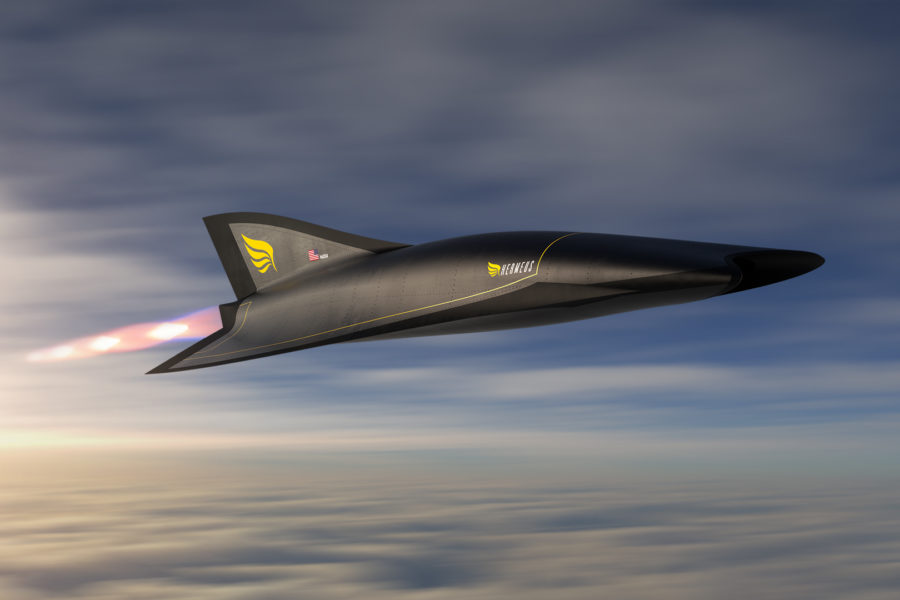 The Air Force has made another investment in hypersonic aircraft, teaming up with venture capital firms to give a $60 million contract to startup Hermeus, which is looking to develop a jet that can travel at five times the speed of sound.

The deal, awarded July 30 and announced Aug. 5, is not the first time the Air Force has invested in Hermeus—a year ago, the service and the startup announced a contract worth $1.5 million to look into modifying the company’s still-in-development aircraft for the future Presidential and Executive Airlift fleet, most notably Air Force One.

Now, USAF is making a broader investment in Hermeus and looking into other potential uses for reusable hypersonic aircraft.

The contract sets five objectives for Hermeus to meet within the next three years, including scaling and flight testing a reusable hypersonic propulsion system, building and testing three of the company’s Quarterhorse concept aircraft, and providing wargaming inputs for the Air Force to use in strategic analysis tools.

After three years, the Air Force will assess the company’s progress, maturation of the technology, and how well it aligns with the service’s priorities.

The deal is funded in part by the Air Force Life Cycle Management Center’s Presidential and Executive Airlift Directorate as well as the Air Force Research Laboratory. Hermeus has not said when it hopes to produce its first commercial jets.

“One of our goals in supporting companies like Hermeus is to expand the defense industrial base for both aircraft manufacture and hypersonic propulsion development,” said Brig. Gen. Jason E. Lindsey, the program executive officer for Presidential and Executive Airlift, in a press release. “Ultimately we want to have options within the commercial aircraft marketplace for platforms that can be modified for enduring Air Force missions, such as senior leader transport, as well as mobility, ISR, and possibly other mission sets.”

Hermeus has already successfully tested a subscale version of its propulsion system and has said it hopes to develop a 20-passenger jet capable of reaching Mach 5, or more than 3,800 miles per hour.

By comparison, the VC-25A, which operates under the call sign “Air Force One” when the President is aboard, tops out at around 630 miles per hour. Exosonic, another supersonic aircraft company the Air Force has invested in for senior leader transport, only predicts speeds of Mach 1.7. While Concorde, the commercial aircraft which launched in 1976 and flew until 2003, reached speeds just over Mach 2.

Hermeus says its Mach 5 jet could make the trip from New York to Paris in just 90 minutes, compared to the seven-and-a-half hours commercial airliners typically take.

The Presidential and Executive Airlift Directorate is looking to invest in commercial high-speed passenger travel as part of its “Vector Initiative.” The industry has seen a surge in interest as of late, with United Airlines announcing plans to offer supersonic flights beginning in 2029.

Beyond use as a hypersonic Air Force One, though, Hermeus’ technology could prove useful to the Air Force in other realms.

In a recent policy paper for AFA’s Mitchell Institute for Aerospace Studies, Executive Director Douglas A. Birkey specifically cited the commercial development of supersonic aircraft as potentially important for the future of command and control, intelligence, surveillance, and reconnaissance (C2ISR) aircraft, especially as the Air Force looks to deploy its Advanced Battle Management System.

“The advantages are straightforward and speak to many of the Air Force’s concerns regarding the long-term viability of its legacy C2ISR fleet,” Birkey wrote. “From an operational perspective, supersonic cruise at extended range, a capability all of the proposed jets in this class purport to achieve by virtue of their civil mission goals, would allow a C2ISR aircraft of this class to deploy with utmost speed and rapidly cover vast operational ranges.”

In addition, supersonic aircraft would face reduced risk from enemy threats and could free up limited space at strategic installations by virtue of their range and speed, Birkey wrote.