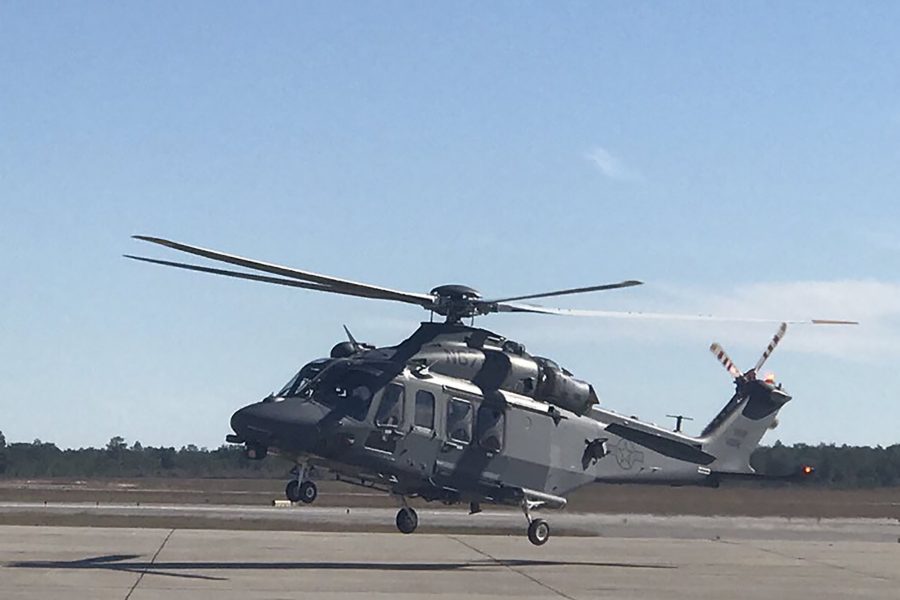 The command unveiled the designation during a Dec. 19 ceremony at Duke Field, Fla. This is Global Strike’s first aircraft acquisition, since its bombers were purchased before the organization stood up in 2009. Boeing offered the helicopter in a competition where a Sikorsky Black Hawk variant was seen as the one to beat.

The Grey Wolf is the Air Force’s replacement for the venerable UH-1N Huey, and will patrol nuclear missile fields and fly VIP transport missions. MH-139As are a variant of the civilian AW139, originally built by AgustaWestland, a Leonardo subsidiary. The helos have an externally mounted M240 machine gun, and offer faster speeds and greater ranges than the Vietnam War-era Huey.

Boeing, in a statement on Twitter, said that like live gray wolves, the MH-139A will be “deployed in packs to protect intercontinental ballistic missile bases.”

The service expects to spread the aircraft across Malmstrom AFB, Mont., F.E. Warren AFB, Wyo., and Minot AFB, N.D., which will each receive 11 for the nuclear security mission. Additional aircraft will head to JB Andrews, Md., and Yokota AB, Japan, for VIP transport. Some helicopters will also go to Fairchild AFB, Wash., for survival, evasion, resistance, and escape training. The helicopter’s schoolhouse is based at Kirtland AFB, N.M.

The naming ceremony came one day after Global Strike officially stood up a test detachment for the helicopter.

For now, the detachment will work out of temporary facilities at Duke before moving to Malmstrom. The detachment will have four helicopters, with the second arriving in January and the last two to follow in February.