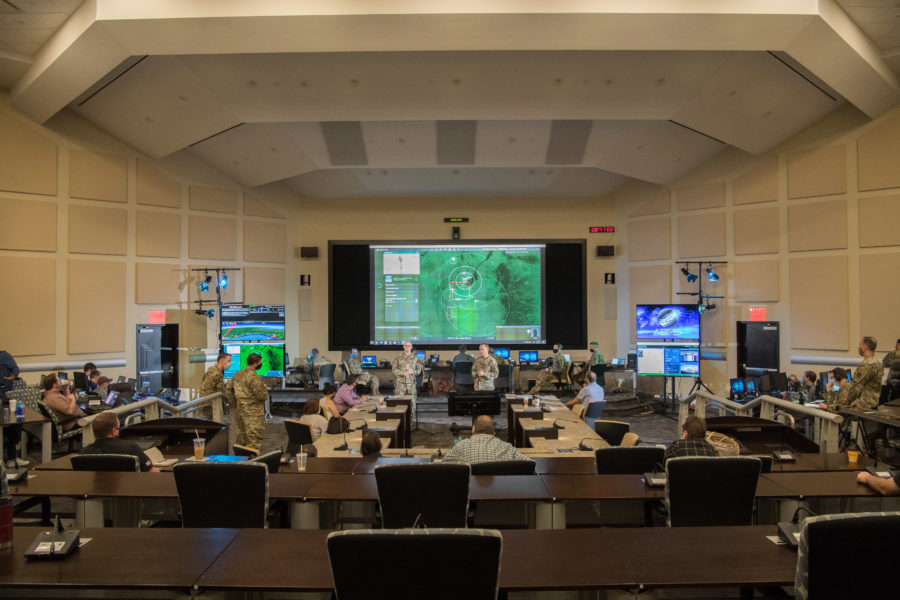 How Tech Is Turning JADC2 from Concept to Reality

In the Pentagon’s vision, Joint All-Domain Command and Control (JADC2) will connect sensor data, powerful computer processing, and artificial intelligence algorithms through a lightning-fast, resilient network. That capability will give U.S. forces an edge so decisive it could deter aggressors from even contemplating future conflicts.

“Our 21st century digital enlightenment has all the right ingredients coming to bear … to generate decisive outcomes across the spectrum of conflict,” Lt. Gen. Chris Weggeman, deputy commander of the Air Force’s Air Combat Command, said at the 2020 Air Force Information Technology and Cyberpower Conference.

It will take a whole range of technologies to bring that vision to life, from edge processing to data management.

The key to JADC2 are those last two characters, Stickley says. Command and control at the speed of modern combat operations requires four key capabilities: Data handling and storage, secure processing, connectivity, and software applications that turn data into information.

“The Air Force is just overwhelmed with data,” he says. A single F-35A Lightning II combat jet is a veritable flying sensor package, generating terabytes of data on every mission. Turning that data into useful information faster is critical. Just a short while ago it might have taken days to process all that data, but today, air crews can plug it into processing units wherever they are and get insights “in near real time.”

For JADC2 to work in combat, it must be able to make use of that data instantly. Either the data gets processed or “all this will wind up on the cutting room floor,” said Marine Corps Lt. Gen. Dennis A. Crall , the Joint Staff’s director of command, control, communications and computers (J-6), in a DOD interview.

Secure processing refers to the need to safeguard information in an environment where that data is being managed as close to the data source as possible. “You certainly have to have the processing, storage, and analytics capability to manage that data at the edge,” Stickley says.

No less critical: The connectivity and authentication to ensure the data gets where it needs to go securely. “Once you come up with a piece of actionable knowledge,” Stickley says, “you have to be able to transmit that data” — and do so under duress.

“We have to break away from the hard fixed networks that we built over the years and leverage software-defined networking,” he says. Defining network components in code means network configurations can be changed rapidly and infinitely, adding resilience and flexibility to network architectures.

The networking piece will be key to driving the real-time responsiveness JADC2 will require. “This is about fires, and speedy engagement,” Crall said in a Defense Department release. “If you think of it in those terms, we need to set aside for a minute what we own and what we do and look at where the department needs to be.”

Networks and processors are just the skeleton of a system that will ultimately be driven by algorithms and applications forged in code. Kessel Run, the Air Force agile software programming center, has helped pave the way for developing Air Force software solutions on the fly and then iterating improvements over time. Stickley says Dell has contributed support and guidance to the project. Ultimately, he says, “the portability of those applications across multiple weapons systems is what will be the key to ABMS’ future.”

Dell is working with Kessel Run to achieve an “ultimate goal,” Stickley says: “The ability to have lightweight mobile apps that work the same way as the apps on our mobile phones. We ought to get to that same operational capability in the Air Force.”

Streamlining app development will deliver advanced tools to the warfighter more quickly. “If there’s an update, you get that update instantaneously,” he says. “You’re not waiting for our team of folks to push out the next iteration. There are ways that we can do that, and … certainly Kessel Run is a great example.”

Driving the need for faster command-and-control are rising challenges posed by advances made in the past 10 years by China’s military, as they seek to find seams in U.S. military tactics, technology, and strategy. “That’s forcing us to change the way we operate,” Stickley says. “Air Combat Command is moving to a wing operation center construct. They’re starting to push operational decision-making down to the squadron commander and, in many cases, they’re talking now about squadron-level deployments.”

“It forces these principles that we’re talking about: The principles of data management, secure processing at the edge, a new connectivity solution, new applications,” he says. “Those all now have to be available in these very austere locations, and our current infrastructure simply does not support that.”

Speed isn’t just the essence of evolving U.S. combat strategies. It’s also key to accelerating and changing the way the military acquires and fields new capabilities, such as ABMS.

“That’s why we are so adamant about delivering these new capabilities in a new format,” Stickley says. “There’s an awful lot of capability that needs to be pulled together to support this new operational construct.”

In one Dell proof-of-concept project, the company developed “a very simple application that Airmen can use to expedite the weapons loading process,” Stickley says. “It lets you inform the crew and the remote flightline what weapons are needed for the next flight, allowing you to truly affect weapons deployments in a real-time fashion.”

Having the processing capability to run that app at the edge enables faster, more direct, and more efficient communication on the flightline. Likewise, software-defined networks, rather than fixed hardware networks, also allows for faster adaptability to changing circumstances, ensuring resilience, and enabling enhanced security.

“We have been hamstrung for years by fixed, closed networks, and in many cases, restricted bandwidth,” Stickley says, recalling his decades of experience managing military networks. Changing to a software-defined architecture will provide operators greater flexibility, and ultimately deliver critical insights in real time.

“We believe that software defined networking is the future of ABMS,” Stickley says. “We have to break away from the hard fixed networks that we built over the years and leverage software-defined networking, something we’ve been able to apply in many use cases to help the Air Force transmit decision quality data more quickly.”

JADC2 will benefit from this adaptable approach, which is made to order for the kinds of interconnectivity issues inherent to disparate military systems. “When you can take advantage of this best path, you’re reducing your security risk but you’re also increasing operational effectiveness. That’s huge.”