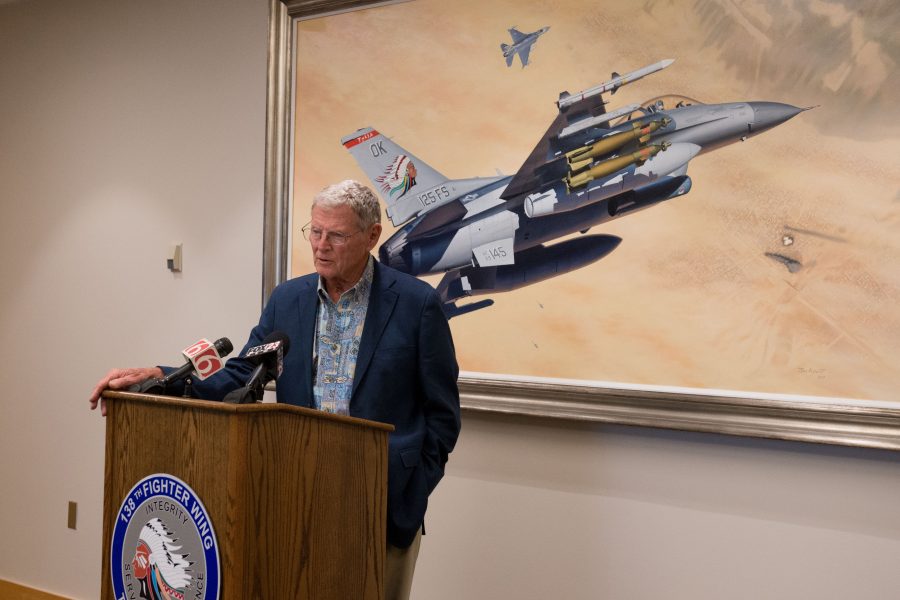 As the final days of 2020 count down, House and Senate negotiators have agreed on sweeping defense policy legislation that offers nearly $732 billion to the armed forces in fiscal 2021.

The compromise version of the National Defense Authorization Act includes a slew of notable aerospace provisions like $8.7 billion for 93 F-35 Joint Strike Fighters across the Air Force, Navy, and Marine Corps, keeping the A-10 attack plane in the inventory while supporting many other platforms, and opting not to make the Space Force use naval ranks.

It also puts guardrails on plans to withdraw American service members from Afghanistan and Germany, creates a commission to chart a path for renaming military property that honors Confederate figures, and restricts the military from giving certain equipment like weaponized drones to local law enforcement groups.

“The FY21 NDAA focuses on maintaining the strength of our defense enterprise as our nation grapples with a once-in-a-generation health crisis and a heightened social crisis against the backdrop of sustained systemic discrimination,” the House Armed Services Committee said in a summary of the agreement, now in its 60th year.

But the legislation has ballooned to more than 5,300 pages across its text and accompanying explanatory report, as lawmakers across Capitol Hill increasingly piggyback on what is seen as a “must-pass” annual bill. That has made it harder for the Senate and House Armed Services committees to focus on hammering out their own provisions.

About 30 percent of the 2021 NDAA is related to matters outside of the military, a top GOP aide told reporters Dec. 3.

Armed Services members and staffers don’t negotiate provisions that fall outside their defense lane, but “simply make sure that the final agreement is an agreement that doesn’t hurt our bill,” the GOP aide said. Those cross-jurisdictional tensions came into view this year as President Donald J. Trump threatened to veto the bill over lawmakers’ refusal to repeal legal protections for social media as part of the NDAA.

“Back in 2010, the bill was about 1,200 pages. One of the things that we see growing each year … is how much more stuff is getting put on the NDAA each year which is really outside the jurisdiction of the committee. So it takes us a little longer to get all this done,” the GOP aide said.

Outside committee items have increasingly weighed down the NDAA over the past decade of shepherding the bill through Congress, a Democratic aide noted. That trend tracks with increased polarization on Capitol Hill that has made it harder to successfully move ideas through the legislative process.

“We try and help committees do their own work, and then we don’t go seeking to have things attached to the NDAA,” the Democratic aide said. “They end up that way from the members on the House floor and the Rules Committee lets those things in, and then they get voted in the bill.”

Senate staffers this year were heartened by several NDAA amendments that won debate time on the chamber floor, putting them up for votes instead of more quietly adding them into the giant bill.

Senate Armed Service Committee Chairman Sen. Jim Inhofe (R-Okla.) and Ranking Member Sen. Jack Reed (D-R.I.) “have developed a process on the committee where … a big chunk of committee staff work is clearing other committees’ stuff through the process to get put on our bill,” the senior GOP aide said. “I do hope that reverses. I hope that we don’t have to do that anymore, not to the same extent.”

Still, they are proud of managing to piece together a bipartisan bill amid the new coronavirus pandemic, election-year politicking, and waves of social unrest. Formal conference talks came late this year, after the Nov. 3 elections, prompting worry that Congress couldn’t get the NDAA across the finish line before the new year.

Some have cautioned that the Hill would have to freshly restart negotiations in 2021 if this package doesn’t become law before the new Congress begins Jan. 3.

“If … we’re in a situation like that, we will just have to map it out. We have a completed conference report, it’s a good conference report,” a Democratic staffer said of a presidential veto. “If it needs to be fixed because there’s a problem along the way, I’m certain that we will find a way to do it like we always do.”

Trump’s allies have pushed him not to derail their work over disagreements on Confederate base names and Section 230 social media protections.

Axios reported Nov. 2 that Inhofe has tried to dispel Trump’s notion that the White House would win on those two issues. “This is the only chance to get our bill passed,” a source told Axios they heard Inhofe yelling into his cell phone.

Committee staffers aren’t working on a Plan B in case Trump does say no to the bill, which is expected to pass the House and Senate. The House plans to move forward with it the week of Dec. 7, with the Senate to follow suit. Lawmakers will decide whether to override a possible White House veto if it comes to that.

“If the President decides to veto it, then that’s up to the President, and then we will deal with it with the time we have,” the Democratic staffer said.