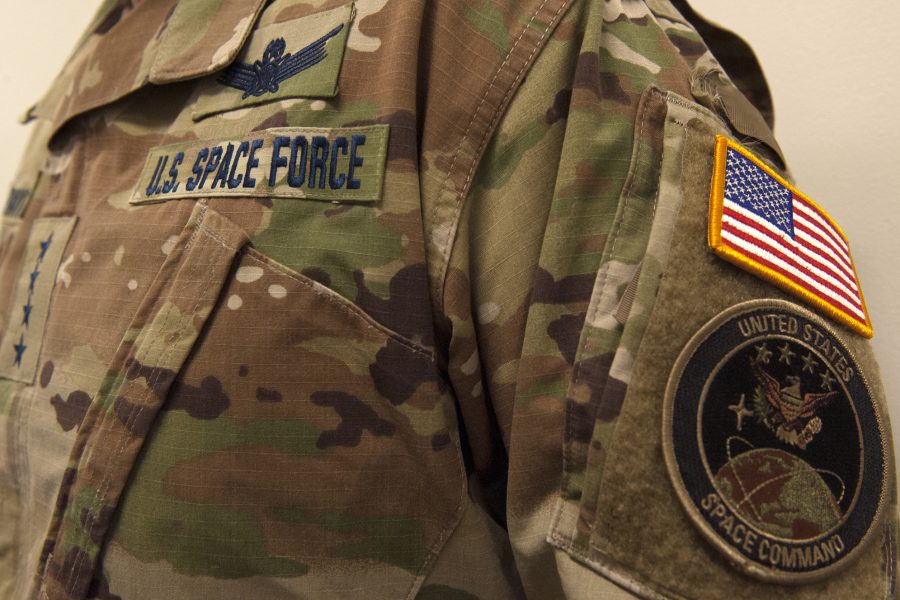 House Proposal Could Give Naval Ranks to Space Force

Space Force ranks could soon mirror those in the Navy, under a House provision that would make the Space Force dump the Air Force’s system for the sea service’s.

House lawmakers on July 20 backed Texas Republican and former Navy SEAL Rep. Dan Crenshaw’s amendment to the fiscal 2021 defense policy bill as part of a larger package of add-on text. Even if the provision is tacked onto the House’s version of the National Defense Authorization Act, the Senate could still turn it down as lawmakers hash out the final bill.

The Space Force, which began reorganizing as a separate service within the Air Force in December, is still using Air Force ranks and grades as it builds its own culture. Space Force officials haven’t announced what it will call personnel instead of “Airmen,” and haven’t released a new rank structure.

Space Force boss Gen. John W. “Jay” Raymond already holds the title of “Chief of Space Operations,” akin to the Navy’s chief of naval operations. Military watchers have debated the idea of further adopting naval ranks for space personnel for a while, spurring quips about spaceships and “Star Trek.”

One argument contends that switching from generals to admirals, for example, would help the Space Force newly define itself outside of its Air Force heritage. It may also help differentiate members of the Air Force from the Space Force it encompasses, like in the Navy and Marine Corps, according to Todd Harrison, director of the Aerospace Security Project at the Center for Strategic and International Studies. Others say turning to the Navy doesn’t offer a perfect parallel and would defeat the purpose of building a unique force.

“Adding a third new rank structure for the Space Force is an unnecessary distraction and runs the risk of causing a number of problems in the Space Force for potentially decades to come,” Brent Ziarnick, an assistant national security professor at the Air Command and Staff College at Maxwell Air Force Base, Ala., wrote in October 2019. “Viewed through military history and theory, the Space Force mission is more analogous to the maritime domain than the land or air domains.”

The Space Force began soliciting ideas for what to call its members in February, but the service has so far stayed mum on which options it is considering.

“As we continue to forge the Space Force into a lean, agile, and forward-looking 21st-century warfighting branch, we want to provide space professionals the opportunity to influence what the members of our new service will be called,” Space Force Vice Commander Lt. Gen. David D. Thompson said in a release. “The decisions we make today will shape the Space Force for decades to come, so we want to ensure those who will serve in the Space Force have a say when it comes to important organizational and cultural identity considerations.”