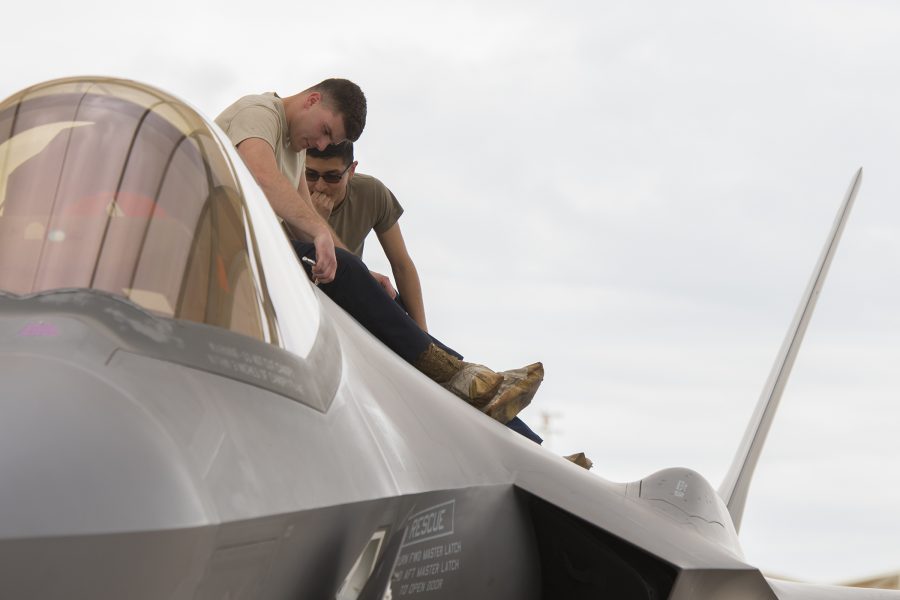 Members of one House committee are calling for an investigation into Lockheed Martin for its handling of F-35 spare parts, while another has crafted language in its markup of the 2021 defense policy bill calling for an assessment of the Joint Strike Fighter’s troubled sustainment system.

Four Democratic members of the House Oversight and Government Reform committee on June 23 announced they have requested information from Lockheed on the company’s alleged “failure to deliver spare parts” for the F-35 that were ready for installation.

“The military is spending tens of millions of dollars a year to overcome unresolved issues with the system Lockheed Martin built and maintains to track spare parts for the F-35,” states the letter, referring to the Autonomic Logistics Information System, or ALIS. The letter was led by committee chairwoman Rep. Carolyn Maloney (D-N.Y.)

“These problems must be resolved quickly, as they create a significant administrative burden for military maintenance personnel. As the F-35 fleet grows, it is critical that ongoing issues related to spare parts and the shortcoming of the information technology system that supports the F-35 are addressed to prevent continued degradation of warfighter readiness.”

Specifically, the letter highlights a classified June 2019 Defense Department Inspector General report that found the Pentagon spent more than $300 million on additional labor costs between 2015 and 2018 because the company did not provide spare parts with logs, and the department expects to pay $55 million per year if the issue isn’t fixed. In March 2020, the Government Accountability Office reported that at one location, F-35 maintenance personnel experienced up to 400 issues per week over six months of inaccurate or missing parts logs.

The committee requested that Lockheed produce documents in response by June 30.

“We will provide all relevant information to the House Government and Reform Committee detailing the continued affordability and success of the F-35 program,” said company spokesman Brett Ashworth. “Lockheed Martin has made several improvements to automation and enhanced supplier accountability processes that are reducing costs and improving performance.”

Lockheed announced in January it planned to replace the troubled ALIS with a new system, called ODIN for Operational Data Integrated Network, which the company hopes will be easier to use and less prone to error.

The issue of sustainment and spare parts also was raised in the House Armed Services readiness subcommittee’s markup of the fiscal 2021 defense policy bill. The issues have led the services to find ways to reduce total operations and sustainment costs because of overall affordability concerns.

The committee wants the U.S. Comptroller General to review sustainment efforts related to the F-35, specifically looking at the status of the sustainment support strategy for the Joint Strike Fighter and efforts to reduce costs, and to assess the military’s efforts to transition to organic repair capability and the effects of F-35 engine challenges on sustainment, including spare parts. Additionally, the report should identify issues causing higher than expected maintenance rates for the aircraft and ways to increase unit-level maintenance capabilities.