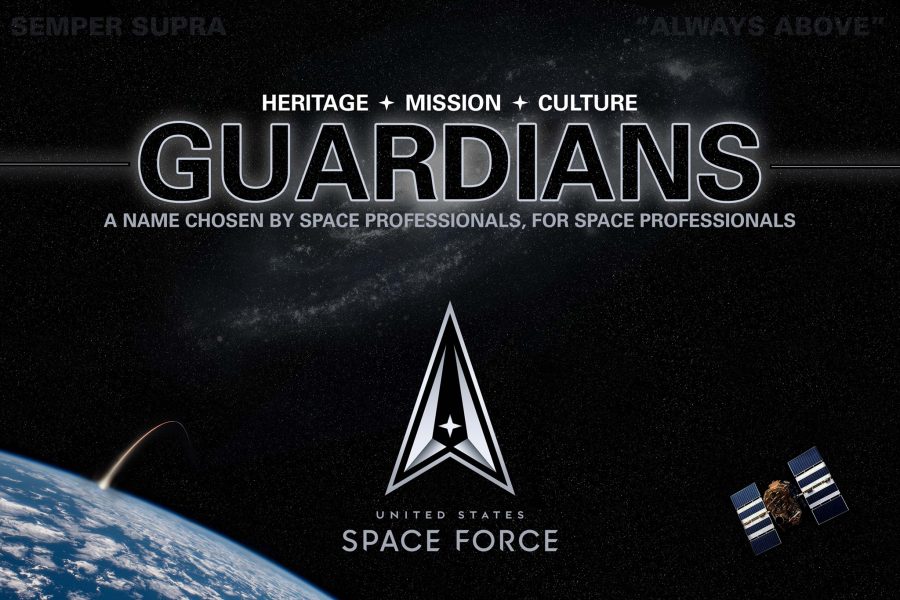 ‘Guardians’ of the Galaxy: Space Force Members Get New Name

“Soldiers, Sailors, Airmen, Marines, and Guardians will be defending our nation for generations to come,” he said at a Dec. 18 White House ceremony celebrating the Space Force’s Dec. 20 birthday.

As the Space Force turns 1 year old, abandoning the moniker of “Airman” is one of the most prominent moves made so far to distinguish space personnel from the Air Force they came from. An effort to crowdsource options brought in more than 500 responses earlier this year, including “sentinel” and “vanguard.”

The decision will shape the ranks issued to members as well, ditching terms like “senior airman” that use the old name. Officials have also stressed the importance of picking a gender-neutral name as they shape the Space Force’s unique culture to be more inclusive.

“The opportunity to name a force is a momentous responsibility,” the Space Force said on Facebook. “Guardians is a name with a long history in space operations, tracing back to the original command motto of Air Force Space Command in 1983, ‘Guardians of the High Frontier.’”

“The name Guardians connects our proud heritage and culture to the important mission we execute 24/7, protecting the people and interest of the U.S. and its allies,” the service added.

The Space Force has rolled out multiple other features of its budding identity in the past several months, including a flag, a logo, a seal, and a motto: “Semper Supra,” or “Always Above.”

The new armed force was created last year under the Department of the Air Force to better focus on operating military satellites and radars, defend those assets from attack, and accompany NASA and the commercial sector on plans stretching to the moon and Mars. It’s slated to grow to around 16,000 employees as it begins transferring in members from the other military branches in the next few years.

“Our space professionals will be the ones fostering cutting-edge innovation that will protect our advantages across every domain in the decades ahead,” Acting Defense Secretary Christopher C. Miller said at the White House celebration.

“It’s imperative that we invest the resources and the personnel and the technology to defend our nation and defend our values in the outer reaches of space,” Pence said at the White House.