Skip to content
Chief of the National Guard Bureau Gen. Daniel R. Hokanson holds a press briefing about the new mission, vision, and priorities for the Soldiers and Airmen of the National Guard at the Pentagon, Washington, D.C., June 23, 2021. DOD photo by Marine Corps Sgt. Taryn Escott.
Expand Photo 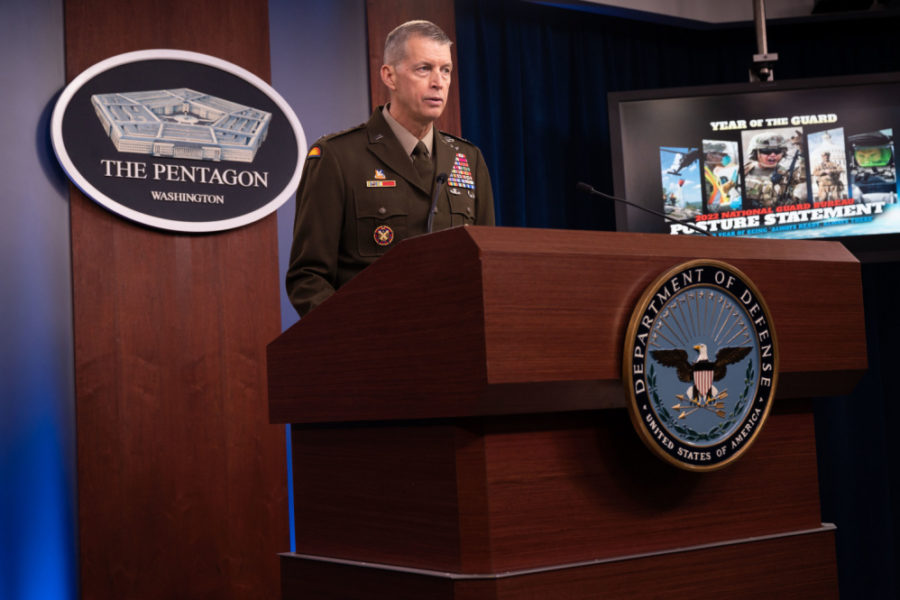 Guard Training, Ops May Halt Without Refund for Capitol Defense

Training, operations, and maintenance for the National Guard will be drastically reduced through the end of the fiscal year—potentially eliminating drill weekends and other operations—if the Guard is not promptly reimbursed for its response to the Jan. 6 insurrection and extended protection of Capitol Hill, the head of the National Guard Bureau warned.

If the National Guard Bureau isn’t provided the $521 million for Operation Capitol Response, then operations through September—the peak of the hurricane and fire seasons, when the Guard is in high demand—will be significantly curtailed, NGB boss Gen. Daniel R. Hokanson said in a June 23 Pentagon press conference.

The amount is “very significant” to the Guard, he said, and “if we don’t get that funding fairly soon, we’ll have to look not only at August but also September, the last two months of the fiscal year, either curtailing completely or drastically reducing our National Guard drill weekends and annual training, as well as our operational maintenance.”

If the money isn’t provided “in a timely manner,” that will have “a very significant impact on National Guard readiness,” he said. The Guard is working closely with Congress to get the money appropriated, he said.

The National Guard Bureau sent a memo to Congress stating that if the funding is not provided by July 1, units nationwide and in U.S. territories will be ordered to prepare to cease some operations and cancel drills from August through September 30, with training in July also potentially curtailed. This would include courses and schools already underway. The Air National Guard could be forced to cut back on two weeks of flying, Military.com reported.

It’s “critical” that it comes in this fiscal year because the funding is “required … to complete not only our drills but all operations and training we have scheduled” through the end of September, he said.

As part of the operation, approximately 26,000 Army and Air National Guard personnel deployed to defend Capitol Hill after the Capitol building itself was stormed by supporters of former President Donald J. Trump. Hokanson said Guard members deployed from every state as well as Guam and the District of Columbia to the operation. The troops erected barriers around Capitol Hill and stood ready to repel further assaults and stayed on for nearly four months after the inauguration of President Joe Biden.

Hokanson answered criticism that the Guard did not respond rapidly enough to the Capitol crisis. The organization is structured such that Guard members get called up, go to their armory, get issued equipment, get a briefing on what they’re headed out to do, and may even get some last-minute training, usually in the space of 24 hours, he said.

“We’re manned, trained, and equipped to fight our nation’s wars,” he added. “We can’t get into that perception that we are immediate response, because we’re not resourced to do that. Twenty-four hours is when we can start marshalling our organization.”

He rejected the idea that a quicker, on-call response force be created in the Guard, saying that full-time Guard members are there “to train and administer our organizations. They’re not trained for anything else.”

Hokanson acknowledged the Guard is heavily in demand, but when asked how it will handle a reduction of 500 troops called for the in the fiscal 2022 budget, he said such decisions are the purview of the Secretaries of the Air Force and Army.

If the demand on the Guard exceeds its capacity—for multiple natural disasters in quick succession, for instance— Hokanson said the states have a “compact” in which they can render manpower assistance to each other.

Some state Adjutants General have asked for increased manpower because of an unrelenting demand for Guard capabilities in their states, he said.

To help manage the demand, Hokanson said the TAGs “meet every year to discuss what forces could come and meet their requirements.” Usually, this focuses on hurricane relief, but he said this year, for the first time, the discussion included planning for a busy wildfire season, as well.

Until the Guard gets more people, “we’ll keep using the compacts,” he said.

The meetings are one way he said the Guard has “gotten a lot better at how we do this.” The TAGs identify shortages they expect to have in their states and the organization overall figures out how to train and prepare the people required.

Despite the demand, Hokanson said the Guard is doing well with recruiting and retention.

Asked about plans for a Space National Guard, Hokanson said that while it’s not well known, “the Guard has been conducting space missions for over 25 years” and has more than 1,000 space professionals in its ranks.

Many are already working in civilian industry, and their experience in both the military and their civilian jobs is a “win-win” for both organizations. Space Guard units would likely be set up in areas near where the civilian space industry is active, he said, to make service more attractive and increase the cross-pollination of knowledge.