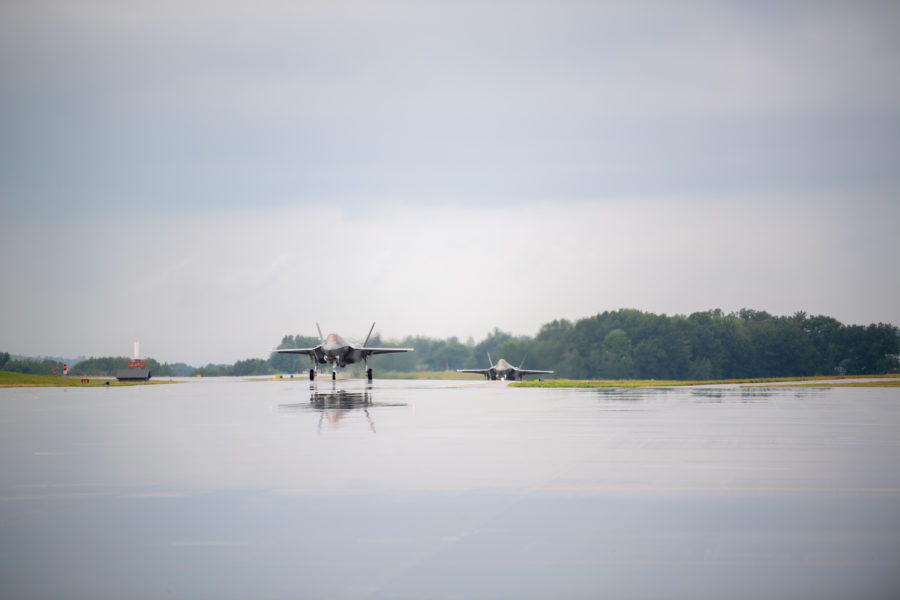 After three months in Europe, Airmen from the Vermont Air National Guard and their F-35s returned home in early August, completing the first overseas deployment of the Guard’s first F-35 unit.

Eight F-35 fighters and more than 200 Airmen first deployed in late April and early May and operated out of Spangdahlem Air Base, Germany.

Their presence in the region was needed to relieve F-35s from the 34th Fighter Squadron at Hill Air Force Base, Utah, that had arrived in Europe in February in response to Russia’s increasing aggression toward Ukraine and NATO’s eastern flank.

“We’re here … because they needed us,” Lt. Col. John MacRae, commander of the 134th Expeditionary Fighter Squadron, said in a statement. “Hill was out here on their immediate response force, and they were at the end of their window, and we were available and ready to go.”

While in Europe, the Vermont ANG fighters flew more than 450 sorties and conducted missions and training over Estonia, Latvia, Lithuania, Romania, Bulgaria, and North Macedonia, among other countries, integrating with NATO allies as part of enhanced air policing and air shielding missions and practicing concepts such as agile combat employment.

The deployment came only a few months after the 158th Fighter Wing had been declared a fully operational F-35 unit.

The fighters and Airmen began returning to Vermont in early August, with their fifth-generation capabilities being succeeded by F-22s arriving in Europe from Joint Base Elmendorf-Richardson, Alaska.

All in all, leaders termed the Guard’s first overseas deployment of F-35s a success.

“We volunteered to give up our summer in Vermont to generate and fly sorties to defend NATO’s Eastern Flank,” McRae said. “It was a rewarding three months and our small wing had a big strategic impact.”