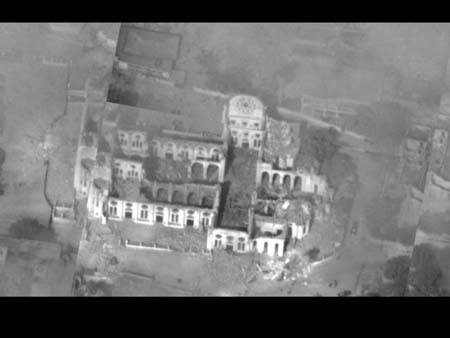 USAF’s RQ-4 Global Hawk has flown six missions—about 130 hours—and provided more than 3,600 images to support relief operations in earthquake-devastated Haiti, states a Northrop Grumman Feb. 12 release. According to Northrop, on the day after the Jan. 12 earthquake, the 12th Reconnaissance Squadron at Beale AFB, Calif., diverted an RQ-4 bound for Afghanistan to Haiti, where it flew for 12 hours before landing at NAS Patuxent River, Md. Since then, the RQ-4 has flown 14- to 16-hour missions out of Pax River. “Not only has Global Hawk helped determine the extent of damages and usability of Haiti’s infrastructure, it has also helped to find and recommend roadways and airfields accessible for delivering emergency supplies and rescuing injured and trapped people,” said George Guerra, Northrop’s VP of high-altitude, long-endurance systems. (USAF’s high-flying U-2 reconnaissance aircraft also has supported Haiti operations.) (Also see earlier DR earthquake coverage, Aid to Haiti Ramps Up)