Skip to content
Atlas V launched at 4:18 p.m. EST from Cape Canaveral, Fla. The rocket is traveling through space on its six-hour mission to deliver the AEHF-6 communications satellite for the U.S. Space Force. ULA photo via Twitter.
Expand Photo 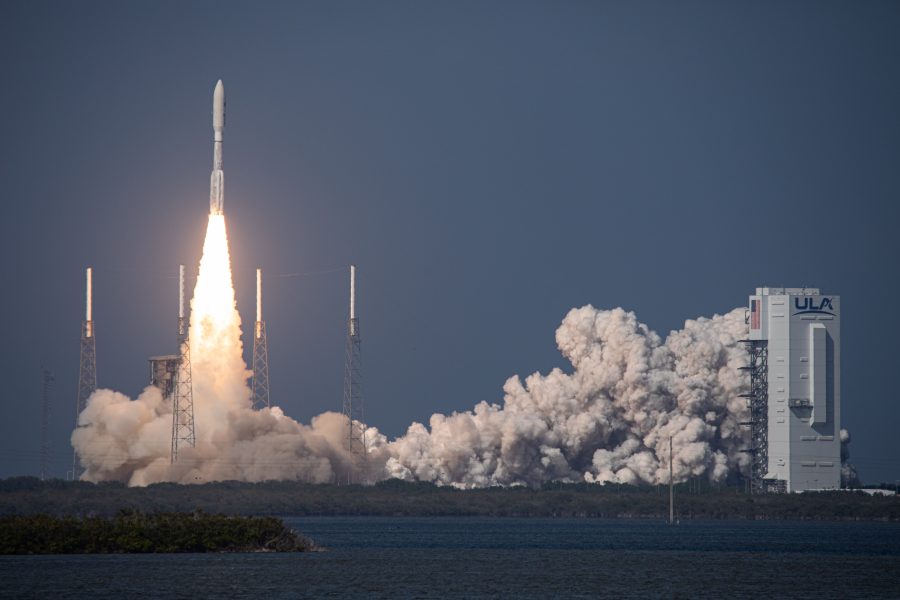 AEHF-6, the final piece of the protected satellite comms constellation, will reach its destination after about six hours. Lockheed Martin builds the system. Its launch is the Space Force’s first National Security Space Launch event since the new service was created in December.

“AEHF provides 10 times the throughput of the 1990s-era Milstar satellites with a substantial increase in coverage for users,” according to the Space and Missile Systems Center. “AEHF provides protected satellite communications to our international partners; Canada, United Kingdom, the Netherlands, and Australia. AEHF allows the National Security Council and unified combatant commanders to control their tactical and strategic forces at all levels of conflict.”

Liftoff was delayed by more than an hour because of a hydraulics issue, according to ULA. Chief Executive Officer Tory Bruno attributed the problem to a “bad amplifier card on a ground system hydraulic pump controller.”

“The engineering team developed a troubleshooting test that proved successful in resolving the ground hydraulics issue,” the company said on Twitter.

ULA added that TDO-2, an Air Force Research Laboratory-sponsored payload riding along on the company’s Atlas V rocket, was released into geosynchronous transfer orbit. “This 12U cubesat will provide optical calibration capabilities and satellite laser-ranging to support space domain awareness,” the company said.