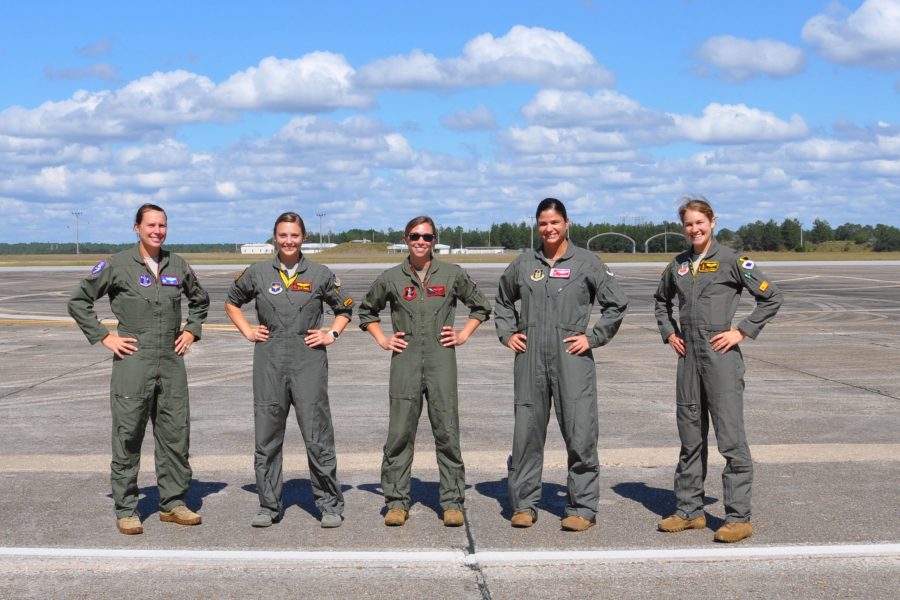 A team of five female Airmen last week evaluated a flight suit designed to be more comfortable and functional for women pilots battling gravitational forces in the cockpit.

High-speed pilots wear G-suits to avoid health issues when they rapidly accelerate in flight. The suits put pressure on the abdomen and legs to prevent blood from pooling away from the heart and brain, which can cause blackouts. Since 2001, female pilots have worn G-suits made for a standard male body.

The Air Force Life Cycle Management Center and the innovation hub AFWERX modified the Advanced Technology Anti-Gravity Suits (ATAGS) with adjustable panels in the waist, thighs, and calves to make room for different body proportions, without reducing the performance of the air bladder that inflates around a pilot’s waist to protect them during high-G maneuvers, according to a 53rd Wing release.

“In the past, some pilots with a shorter torso have had issues with ATAGS that were too large riding up and causing bruising on the rib cages, while pilots who are hard to fit may have had one size that fits through the legs, but need a smaller size in the waist,” said Charles Cruze, an engineer in AFLCMC’s Human Systems Division.

Five pilots and one aircrew member flew nearly 20 sorties in an F-16D while wearing the modified suit Oct. 26-30. They compared its comfort and performance to the regular G-suit during high-G maneuvers and while sitting, standing, walking, and climbing in and out of the aircraft, Sharon Rogers, the lead test engineer with the 46th Test Squadron, in the release.

“I honestly didn’t expect to notice much of a difference because I’d never noticed significant issues with the ATAGS sizes before, but I was pleasantly surprised that these upgrades increased the ATAGS functionality significantly,” F-16 instructor pilot Capt. Brittany Trimble added.

After testing, the squadron’s report will guide the process of buying the redesigned suits. The suit could be delivered to pilots and aircrews within two years, according to the release.

“It is great to see the Air Force bring female pilots together to test these new improvements, and it also gave us a chance to share our career experiences with one another,” F-16 pilot Maj. Shanon Jamison said in the release. “There are things we have experienced in our career that many of our colleagues cannot understand, from as simple as worrying about getting your hair caught in a harness, to as complex as how to return to flying while juggling breast-feeding your infant. The chance to come together for an important test, while also receiving continued mentorship and leadership from the female cadre of fighter pilots, was both useful and fulfilling.”

The modified G-suit is one of multiple Air Force initiatives underway to improve equipment used by female Airmen, including better-fitting body armor, urinary devices, and survival vests. In August, the Air Force announced it will update its guidance on the physical size requirements used to design cockpits and aircrew flight equipment to better fit women. Current guidelines for aircraft design are based on a 1967 survey of male pilots.