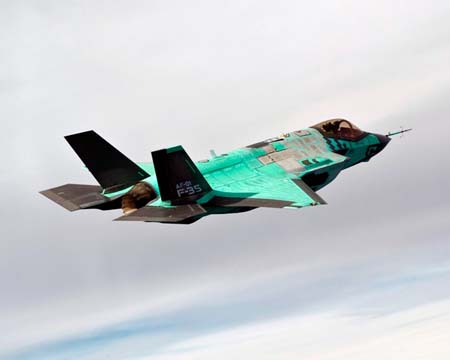 defense appropriators voted on Tuesday in favor of providing $450 million to keep the F136 engine program alive next fiscal year, striking another blow to the Pentagon’s push to stop work on this engine. The F136, being built by General Electric and Rolls Royce, would compete against Pratt & Whitney’s F135 to power future F-35 strike fighters, if it survives. Members of the House Appropriation Committee’s defense panel approved the F136 funding by a vote of 11-5 during their mark-up of the Obama Administration’s Fiscal 2011 defense spending bill, according to industry sources. CongressDaily reported that Rep. Jerry Lewis (R-Calif.), the panel’s ranking member, introduced the F136 amendment. Panel chair Rep. Norm Dicks (D-Wash.) did not support the move, but was outvoted. In late May, the House passed its version of next year’s defense authorization bill that included $485 million for the F136. (Dicks statement) (HAC-D earmark list and summary tables)