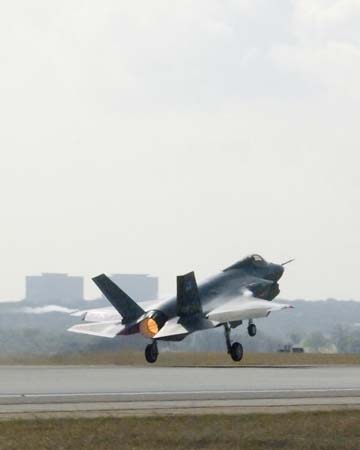 e Department of Defense’s Inspector General has slapped the Pentagon’s security agency for lack of oversight on the F-35 stealth fighter program. In a March 6 report that just came to light at the beginning of May, the IG stated that the Defense Security Service failed to properly insure BAE Systems, a principal player in the multinational team building the F-35, was exercising appropriate controls over access to sensitive technologies. DSS’s incomplete oversight risked the possibility of “unintended or deliberate release of information to foreign competitors,” the IG wrote. The IG found that DSS was too deferential to BAE Systems when the company refused the government access to information as required under the program’s security agreement. Equally concerning, DSS often did not analyze BAE Systems reports that were made available or properly evaluate the contractor’s security processes. Further, DSS was also not able to verify whether BAE Systems submitted required security audit reports for 2001, 2002, and 2003, the IG stated. “The advanced aviation and weapons technology for the JSF [F-35 Joint Strike Fighter] program may have been compromised by unauthorized access at facilities and in computers at BAE Systems, and incomplete contractor oversight may have increased the risk of unintended or deliberate release of information to foreign competitors,” reads the IG report’s executive summary. BAE Systems is refuting these claims. “The DOD IG explicitly found no instances of unauthorized access to classified or export control information on the JSF program,” company spokesman Doug Coffey told the Daily Report May 2. Coffey said BAE Systems has “a long and proven track record” of safeguarding sensitive information. The company also disagrees with the suggestion that it did not perform the required audits and fully comply with its security agreement. “That suggestion is simply false,” he said.