Skip to content
F-35s from Eielson Air Force Base, Alaska, and F-16s from Misawa Air Base, Japan, will practice operating from this remote airstrip at Northwest Field, next to Andersen Air Force Base, Guam, which is typically reserved for C-130 and helicopter operations. USAF photo by Capt. Andrew G. Hoskinson.
Expand Photo 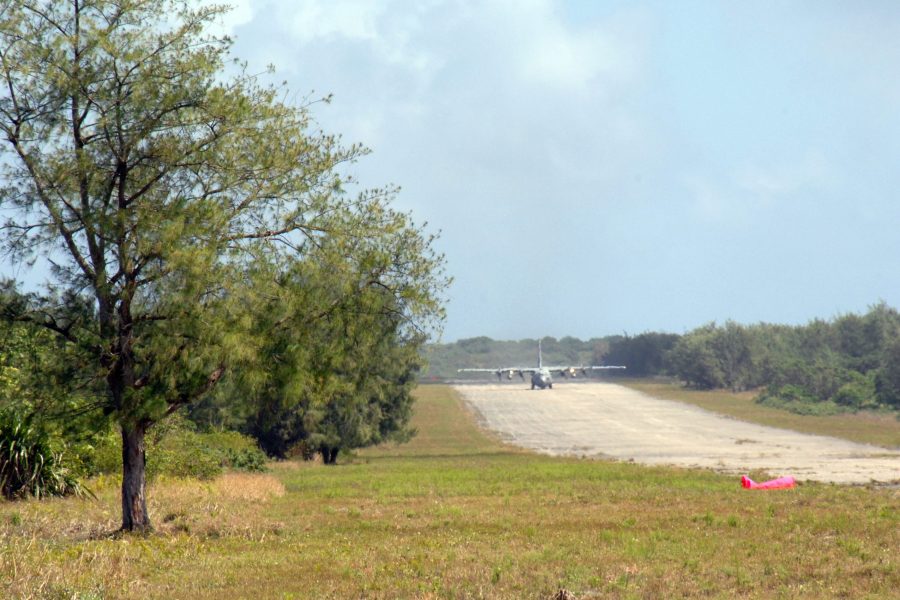 F-35s, F-16s to Operate from Austere Airfield on Guam During Cope North

Andersen Air Force Base, Guam, will soon prove the ability of small groups of Airmen to turn fourth- and fifth-generation aircraft on a flight line the base’s commander called a “no-kidding remote environment.” The February exercise is one of many that fall under the Agile Combat Employment concept, aimed at increasing USAF’s ability to use austere locations for combat operations.

For this year’s iteration of Cope North, Andersen’s Northwest Field will host F-35s from Eielson Air Force Base, Alaska, and F-16s from Misawa Air Base, Japan, on the rough airfield that until now has only hosted C-130s and helicopter operations. Small groups of contingency response Airmen will quickly clear the airfield to allow fighters to come in and conduct combat turns, practicing PACAF’s vision of Agile Combat Employment, said Brig. Gen. Jeremy T. Sloane, commander of the 36th Wing at Andersen, during an Air Force Association “Air and Space Warfighters in Action” virtual event.

Being able to operate from small, rough airfields is a requirement, as the Defense Department shifts its focus to great power competition where major airfields could be at risk in a fight, he said.

“China and Russia can increasingly hold overseas U.S. bases at risk. To adapt, the Air Force must evolve from its dependence on well-established airfields or risk building an operational edge,” Sloane said. “… While the service can overcome some disadvantage with long-range bombers, a war in which missiles knock out American air bases and prevent the ability to launch and recover short-range fighter jets is unlikely to end well.”

Andersen’s Northwest Field sits in “deep jungle” and is less than 8,000 feet long, with limited taxiway and hangar space, and no permanent airfield controls. The pavement is rough, and only helicopters and C-130s have used it recently, Sloane said. A temporary mobile aircraft arresting system is being built for the event.

For the exercise, the contingency response Airmen will quickly clear the airstrip and ensure it is safe for F-16s and F-35s to come in, refuel, and turn the aircraft for combat operations.

Cope North is Andersen’s yearly trilateral exercise, alongside the Japan Air Self Defense Force and Royal Australian Air Force, featuring about 100 aircraft and 2,500 personnel. Last year, F-22s conducted a hot-pit refueling from a C-130J for the first time in Palau, another remote location.

Andersen is the U.S. military’s farthest west sovereign operating base, which is key to operations, but it also makes it a target, Sloane said. China released a propaganda film last year showing its long-range bombers targeting the base. At the time, PACAF called it “an attempt to coerce and intimidate the region,” but it also highlights the importance of ACE, as well as the need for diplomacy and planning with nearby allies to ensure access to more potential operating bases, Sloane said. Relationship with small Pacific island nations could be key in operational planning.

“We’ve got to be very forward and proactive about going out and engaging … [We need to] have real, meaningful relationships with otherwise small communities that [could] allow access at some point of our choosing,” he said. “That could be something as easy as supporting COVID vaccinations, providing humanitarian and disaster relief in an area that doesn’t get a lot of news.”